Tor has announced that it is closing its Cloud Project, which allows users to browse the Web anonymously, effective. 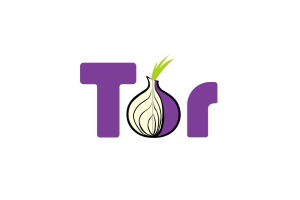 The not-for-profit organization said it cannot find enough help to properly maintain its operations and thus bugs in the system have made parts of the service unusable, according to its blog post.

The main reason for discontinuing Tor Cloud is the fact that security software requires maintenance, and Tor Cloud is no exception. There is at least one major bug in the Tor Cloud image that makes it completely dysfunctional (meaning that users could not use this particular service to access the Internet), and there are over a dozen other bugs, at least one of them of highest priority. Probably as a result of these bugs, the number of Tor Cloud bridges has steadily declined since early 2014.

Discontinuing the Tor Cloud project has no effect on existing Tor Cloud instances. Whenever an instance is started, a template of the operating system and settings gets copied, and eliminating the template has no effect on copies, Tor said. Tor, founded in 2011, is software that routes traffic through a network maintained by volunteers. It was initially used by political activists living under repressive governments, but others, such as media companies seeking to shield whistleblowers, had started to turn to it as well.

Tor Cloud lets people construct bridges from Amazon’s Elastic Compute Cloud for more secure browsing through the Tor network, while people could sign up to EC2 in order to donate bandwidth. Despite the shut-down, not all is lost for the cause of anonymity. Tor suggests several ways that people can help maintain similar functionality.  It’s still possible to spin up an instance on Amazon EC2 or any other cloud computing platform and install a Tor bridge manually. Or people can donate to organizations that run Tor relays and bridges like Torservers.net or their partner organizations.

For a long time many people use Tor for information security. The Tor Corporation has published the financial report for 2013 that on the Tor project which gives users the chance to remain anonymous, more 47% budgetary funds of the USA were spent. So who finances Tor?