Those convicted of domestic violence offences in Australia may have to wear GPS tracking ankle bracelets if an initiative by the Australian government goes ahead. 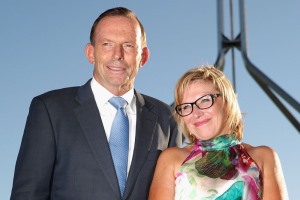 "We want to look at really lifting our game in eradicating the scourge of domestic violence," Prime Minister Tony Abbott told reporters on Sunday.

"It is completely unacceptable, it is a scourge, it has got to end, and yes we should be prepared to look at all sorts of new initiatives and new security measures, particularly to deal with repeat offenders," he said. The devices will monitor the movements of repeat offenders who pose a risk to their partners, children and other family members. The government will take the proposal to the Council of Australian Governments for consideration by Australia's states and territories. Parliamentary research into domestic violence in Australia in 2014 found the issue was widespread.

The report states a woman is more likely to be assaulted in her home by a male partner than elsewhere or by any other person. On average, one woman is killed a week in Australia as the result of violence from her partner. Family violence campaigner Rosie Batty called the situation a "serious epidemic" when she was named Australian of the Year in January, 2015. "No matter where you live, family violence exists in every pocket of every neighbourhood," she told.

Christine Bird from Crossroads Community Care said the government's GPS tracking push was welcome, but suggested it remained a flawed policy on Sunday. She pointed out that while GPS tracking will work for those who have a criminal history, many women are murdered by those who have never entered the judicial system. "One size does not fit all," she said. "The most effective response is safe accommodation for women and children," she added. Bird lamented that low funding has resulted in many Australian refuges for women shutting their doors or limiting services. Last year law enforcement agencies force telephone providers to accumulate personal information on all the subscribers without exception.