The cybersecurity firm Hacking Team appears to have itself been the victim of a hack, with documents that purport to show it sold software to repressive regimes being posted to the company’s own Twitter feed. 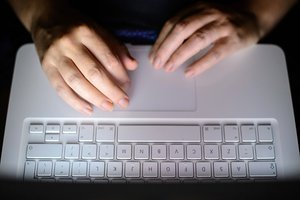 According to the documents, 400GB of which have been published, Hacking Team has also been working with numerous repressive governments – something it has previously explicitly denied doing. It has not been possible to independently verify the veracity of the documents. The perpetrators of the apparent hack used the company’s own official Twitter feed (renamed to “Hacked Team”) to communicate. They continued to post to the feed for hours after, highlighting specific documents they claim come from the hack, such as emails, invoices, and even screenshots of Hacking Team employee’s computers, until the company regained control on Monday morning and removed the posts.

One such tweet, which has since been removed, purports to show Hacking Team negotiating with a third-party reseller to export its malware to Nigeria. If the sale took place, it may have bypassed Italian export controls. Another is claimed to show the company debating what to do after an independent investigation from the University of Toronto attacked it for selling hacking tools to Ethiopia, which then used it to target journalists in the US and elsewhere. The company has never publicly confirmed nor denied working with Ethopia, and in March this year a spokesman dismissed earlier reports as “based on some nicely presented suppositions”.

The company has repeatedly denied selling its technology to repressive regimes. In 2013, a Reporters Without Borders report which named Hacking Team as one of the “corporate enemies of the internet” for its position as a “digital mercenary” prompted a response from the firm. In a statement, it said that “Hacking Team goes to great lengths to assure that our software is not sold to governments that are blacklisted by the EU, the USA, Nato and similar international organisations or any ‘repressive’ regime.”

But, if genuine, the leaked documents suggest that among Hacking Teams clients are the governments and security services of Azerbaijan, Kazakhstan, Uzbekistan, Russia, Bahrain, Saudi Arabia, and the UAE, many of whom have been criticised by international human rights organisations for their aggressive surveillance of citizens, activists and journalists both domestically and overseas.

Most notably, the documents include an invoice for €480,000 which purports to be from the Sudanese national intelligence service, dated June 2012. Three years later, in January 2015, the company told the UN’s Italian representative that it had no current business relations with the country, prompting the follow-up question “as to whether there have any previous business arrangements” with Sudan, the answer to which is not recorded. A separate document contained in the apparent file dump appears to show Sudan, along with Russia, listed as “not officially supported”, as opposed to the “active” or “expired” status held by most other nation states.

The company describes itself as in the business of “providing tools to police organisations and other government agencies that can prevent crimes or terrorism”, but if the documents are genuine they suggest it may be willing to sell to non-state actors as well. One invoice apparently reveals the company dealing with a private Brazilian firm, YasNiTech, to whom it sold three months access to its remote access tool, allowing the firm to hack in to Android and Blackberry phones, and Windows devices. We do not know if this sale was part of a wider contract with the Brazilian government.

Hacking Team is one of a number of security firms which sell surveillance technology and malware to national governments, enabling them to access the computers of their targets. Gamma International, another firm in the same space which was best known for its FinFisher surveillance software, suffered a similar hack in 2014. In the 40GB of data on FinFisher leaked, the company’s clients, capabilities and pricing was revealed; according to the leaked documents, Hacking Team was celebrating the demise of “a wannabe competitor of ours”. The hacker behind the Gamma International hack has now claimed responsibility for the Hacking Team leak as well, according to Motherboard’s Lorenzo Franceschi-Bicchierai.

Christian Pozzi, one of the firm’s employees, tweeted to say that the documents contained “false lies” about the services the company offers. “A lot of what the attackers are claiming regarding our company is not true. Please stop spreading false lies about the services we offer,” Pozzi tweeted. “We are currently working closely with the police at the moment. I can’t comment about the recent breach.” Pozzi’s feed was later itself hacked, and later still the entire account was deleted.

Privacy groups have welcomed a rare chance to potentially look inside the workings of a cyber-surveillance company such as Hacking Team. Privacy International said in a statement that: “Yesterday’s leak of materials reportedly shows how Hacking Team assisted some of the world’s most repressive regimes - from Bahrain to Uzbekistan, Ethiopia to Sudan - to spy on their citizens.

“We know from investigations by Citizen Lab that these tools are used to target human rights activists and pro-democracy supporters at home and abroad. Surveillance companies like Hacking Team have shown they are incapable of responsibly regulating themselves, putting profit over ethics, time after time. Since surveillance companies continue to ignore their role in repression, democratic states must step in to halt their damaging business practices.”