Bitcoin Cloud Mining service Cloudminr.io has been hacked and its whole users database is on sale for 1 Bitcoin. The unknown hackers have successfully taken full control of the website's server and defaced the homepage of the website. 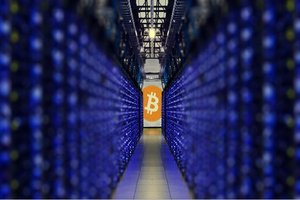 The representative, identified only as Adrian, claimed the service was the target of a smear campaign and that access to email and social media contacts had been lost.

Users visiting the website are greeted with a defaced homepage showing the partial database of around 1000 clients including their usernames and unencrypted passwords in completely plain text format. This clearly indicates that the company is not following the best security practices to secure their users private data as the passwords were not even hashed before storing into the database. Hackers offering around 80,000 users database for 1BTC. 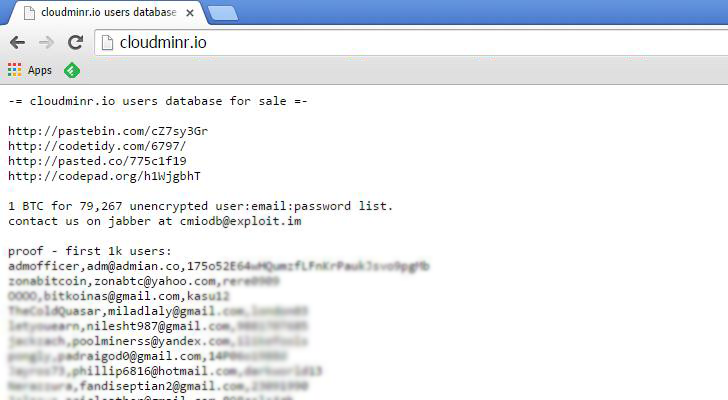 The database of 1000 users shown on the website homepage is just a sample given by the hackers while they have compromised around 80,000 users database in total from the cloud mining service. The hackers are offering the entire database of thousands of users for the just 1BTC, which could be a goldmine for cybercriminals and spammers.

So far, there is not any details on whether Bitcoin wallets or simply parts of the website server were compromised. However, users of Cloudminr.io are recommended to change their passwords at any other service that uses the same combination of username and password as their Cloudminr account. This is not the first data breach as in a new document leaked from Bitstamp, one of the more popular Bitcoin exchanges in the world, the company details how a phishing attack several months ago bereft the company of roughly $5 million at then-current prices.