Yahoo said Monday it had removed malware from its advertising network, after malicious code there had gone undetected for at least six days. 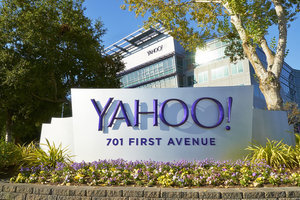 The malware was found in Yahoo’s ads network at ads.yahoo.com, which runs ads across Yahoo’s sites like its finance, games and news portals, as well as Yahoo.com. Users may have come across the infected ads when visiting Yahoo’s sites. A Yahoo spokeswoman declined to say how many advertisers were affected. The attack used a method known as malvertising, in which attackers dupe online publishers into running malicious ads.

They look like any other ads and may not require any interaction from users to infect their machines. If a visitor comes across a malicious ad, it can cause their browser to redirect to another site that attacks their computer. In Yahoo’s case, Malwarebytes detected ransomware, which encrypts files on users’ computers unless they pay money to the attackers. The malware had also targeted sites hosted by Microsoft’s Azure cloud platform, Malwarebytes said.

It’s not the first time Yahoo’s system has been hit with malvertising. Last year, an aggressive campaign was discovered that affected visitors across Yahoo and AOL’s sites. Malvertising might be becoming more prevalent in general. Last week, security company Cyphort said 10 million people may have visited websites carrying malicious ads in the last 10 days alone.

Experts advise users to keep their operating systems, browsers and browser plug-ins up to date to avoid becoming infected by malvertising. Yahoo visitors can also run a scan with their antivirus or anti-malware software, Malwarebytes said.