Newly published research, released at the Black Hat conference in Las Vegas on Wednesday by security firm Imperva, shows how a "man-in-the-cloud" attack can grab cloud-based files – as well as infecting users with malware – without users even noticing. 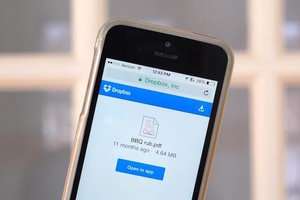 The attack differs from traditional man-in-the-middle attacks, which rely on tapping data in transit between two servers or users, because it exploits a vulnerability in the design of many file synchronization offerings, including Google, Box, Microsoft, and Dropbox services.

This is not just an issue for consumers, but also businesses, which increasingly use cloud-based services to share sensitive customer and corporate data. The report by Imperva, which has a research unit as well as having a commercial stake in the security space, said in some cases "recovery of the account from this type of compromise is not always feasible." The attack works by grabbing the password token, a small file that sits on a user's devices for convenience (which saves the user from entering their password each time).

When the token is obtained, either through a phishing attack or a drive-by exploit, it can be used to fool a new machine into thinking the attacker is the account's owner. From there, the attacker can access and steal files, and even add malware or ransomware (which is on the rise) to the victim's cloud folder, which can be used for further attacks.

Making matters worse, account owners are almost powerless. Because the tokens are tied to the user's device, changing the account password would not lock out the attacker. "We should be really worried about this," said Amichai Schulman, chief technology office at Imperva, earlier this week. "Attackers are looking at methods of being less detectable. But the reality is that it's already happening."

Recent research pointed to a sophisticated Russian hacker group targeting the cloud with Hammertoss, malware which sifts through network traffic, looking for ways to pilfer files and documents. Imperva also cited a paper by security firm Blue Coat, which showed a similar attack method in the wild. But coming to the defense of the cloud providers, Schulman was somewhat hesitant to call the vulnerability a flat-out "design flaw."

"These services are meant to deliver files seamlessly from your computer to the cloud to other devices around the world. These services aren't dangerous or insecure," he added. "It's kind of a trade-off between usability and security. It's just the way things work," he said.

"There isn't a simple fix," he said. Although many services now offer two-factor authentication and notifications when unauthorized access is detected – such as from a new computer or an entirely different geography – Schulman said many people either ignore those notifications or choose not to do anything about them. Dropbox declined to comment on the record. Google did not return an email requesting comment.