Fraud rate doubles as cybercriminals create new accounts in users' name to get more value out of stolen personal information, according to a report from NuData Security. 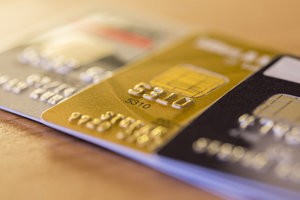 Between May and July, 57 percent of the 500 million account creations analyzed were high risk or fraudulent -- up from 28 percent in February, March and April.

NuData Security processes billions of transactions a year for financial institutions, online shopping sites, and other companies looking for suspicious behaviors. According to Ryan Wilk, NuData's director of customer success, criminals are increasingly looking beyond just using stolen credit card numbers. "Around the time a breach occurs, a credit card number will be worth about $20," he said. "But then it becomes invalid and deactivated. Its value drops to just a couple of cents very quickly." If criminals can take over an existing account, however, they can do more damage.

As a result, account takeover fraud has been exceeding plain credit card fraud this summer, NuData reported. Creating a brand new account can be even more profitable for criminals. By opening a new credit card account, for example, the criminals don't have to worry about the victim seeing the fraudulent transactions on their monthly statements and so have more time to use up the entire credit line.

But that's not the only profitable use of personal information, said Wilk. A growing use of fake new accounts is to post fraudulent online reviews. According to the NuData report, half of all account registration fraud this summer was related to false product ratings on sites like Yelp. Account creation is a growing mini-industry he said because of all the information that's been stolen lately.

"As breaches are continuing to happen, the cybercriminals are getting larger and larger swatches of data," he said. "They assemble this data into a full set of data about your identity." They can assemble a complete dossier on a person, with their Social Security numbers, previous addresses and phone numbers, mother's maiden name, and other key information.

"We're even finding that criminals are more and more looking to check credit ratings on these data points, from companies giving away free credit reports," he added. The damage to ecommerce and financial sites is about more than just the financial losses, Wilk said.