Under specific conditions, PayPal can ask users to confirm their identity to prevent frauds. 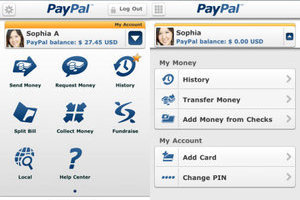 When users are asked to verify their identity, their account is not accessible and in order to unblock it PayPal request them to make a call or send an email to its service and complete the procedure.

“By processing multiple login we saw a bug in the mobile app api next to the identity check. Normally an user account logs in and if the account is restricted by several requests a stable form popup to call paypal or write a ticket mail. By processing to request the form multiple times with an existing account (x01445@gmail.com:chaos666) we was able to bypass the auth verification check to approve the account owner.” is the technical description included in the advisory.

The same trick could be used to bypass two-factor authentication process, once the attacker successfully accesses the account is it able to change its settings, including the password. “My account is blocked to login to the website or to log in without a valid cookie. When an error in the valid cookie occurs, there is a redirect. This redirect [leads to] a fail in the security approval procedure and results finally in the bypass of the auth and protection mechanism,” explained Mejri.

The worrying aspect of the story is that in April Mejri has ethically reported the flaw in the PayPal mobile app to the company, but it still affects the application. According to Vulnerability Lab, despite PayPal admitted the flaw, it doesn’t consider it critical because the identity approval mechanism can be bypassed at most one time. Vulnerability Lab also published a video PoC, disagrees with the impact rating, arguing that they have been able to reproduce the exploit each time.

In October 2014, the same team of researchers discovered another flaw in the PayPal mobile app that allowed a user with the right credentials via an official PayPal mobile app client to access his account even if it has been blocked for security reasons. In that circumstance, PayPal initially refused the flaw and only later admitted its existence. Last week researchers at BitDefender reported a PayPal stored XSS flaw that could be exploited by hackers run various attacks on PayPal users.