After different errors made by Yandex employees, the mobile app Yandex.Navigator for Android started recording all sounds to a file. 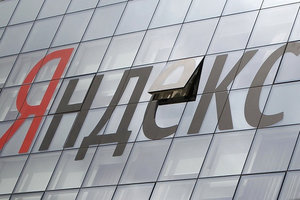 The error appeared while creating a new version of the application with Yandex.Navigator voice activation by Yandex commands. Earlier to give the application voice command (to construct a route or find an address), each user had to click the special button.

"We haven’t noticed any minor change in the size of application as the file was redrawn when calling to the app from the background and the sample application size wasn’t significant,” the company noted. “But when the Navigator session does not stop for quite a long time, the sample size could grow to several gigabytes. And users have noticed in a few hours after the launch. At this point it was clear that the error code was in the production. The faulty code was used for the internal testing only,” Yandex security experts said.

Yandex employees noticed that the lack of testing led to a serious problem and people, unfortunately, have lost confidence in the Navigator and even Yandex. The company apologised for the troubles. In September the updated Yandex.Navigator application was firstly reported to be recording sounds. Application developers said that the problem was that they had sent a test version of the application but the data was not sent anywhere.