One of CloudFlare’s customers was recently hit by a distributed denial-of-service (DDoS) attack that appeared to leverage a mobile ad network and malicious JavaScript. 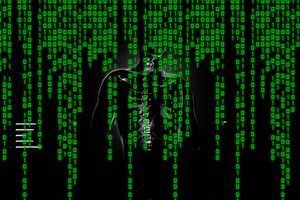 JavaScript-based DDoS attacks have been classified as Layer 7 attacks because they rely on apparently legitimate HTTP requests. Experts have been warning about the possibility of such attacks since 2010, but they’ve recently become a reality and are becoming increasingly problematic.

In April, researchers revealed the existence of a new tool used by the Chinese government for censorship enforcement. The tool, dubbed “Great Cannon,” relies on malicious JavaScript injected into unencrypted traffic in order to launch DDoS attacks against targeted websites. A different DDoS attack leveraging JavaScript was reported last week when an Imgur vulnerability was exploited to disrupt the imageboard 8chan. CloudFlare recently noticed a large number of HTTP requests aimed at one of its customers. The attack peaked at over 1 billion requests per hour, with a total of 4.5 billion requests reaching the content delivery network’s servers on the day of the attack.

The requests came from 650,000 unique IP addresses, 99.8 percent of them being traced to China. An analysis of the “User Agent” revealed that 80 percent of the requests came from mobile devices, in many cases from mobile apps and browsers that are popular in China. Researchers discovered that the websites from the “Referer” header pointed to an ad aggregator or a link farm. Malicious JavaScript hosted on these pages was designed to flood CloudFlare’s customer with XMLHttpRequest (XHR) requests.

While it’s difficult to precisely determine how such a large number of mobile devices ended up visiting the attack page, experts believe the most likely distribution vector is a mobile ad network. CloudFlare says it’s confident that the DDoS attack had not involved injection of TCP packets such as in the case of the Great Cannon.

Researchers believe that users casually surfing the Web from mobile devices were served an iframe containing an advertisement. The content was requested from an advertising network that served the attackers’ ads via the real-time bidding model. At this point, the malicious actors either served the attack page directly or they forwarded victims to it. Finally, the malicious JavaScript on the page was executed and it launched a flood of XHR requests towards CloudFlare’s servers.

In June, F5 Networks’ David Holmes explained why mobile DDoS never materialized. One of the main reasons, according to the security expert, is that mobile users mostly rely on dedicated apps to connect to various online services instead of using web browser as they do on desktop computers. This makes it less likely for a mobile device to be affected by a malvertising campaign.

However, the attack described by CloudFlare seems to show that mobile users can be just as exposed to ad infections. “Attacks like this form a new trend,” CloudFlare said in a blog post. “They present a great danger in the internet — defending against this type of flood is not easy for small website operators.”