After the Apple App Store and the Google Play Store were used to distribute all kinds of malware to users' phones, it seems that now's the time for Microsoft's Windows Phone Store to be abused as well. 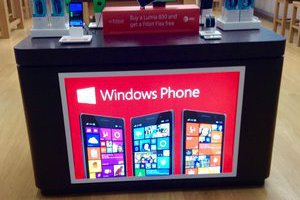 While Apple and Google's stores were used to push quite dangerous malware, Microsoft's store seems to be affected by a much less critical issue, allowing developers to upload fake apps that only force-feed users with adware.

According to Avast security experts, Windows Phone users are in danger of being duped into installing fake apps that are repackaged versions of legitimate applications, retooled to serve ads and redirect users to buy or download specific products. 58 of these kind of (fake) apps were uploaded on the Windows Phone Store, and the culprits are two developers: Ngetich Walter and Cheruiyot Dennis. Some of the fake apps uploaded by these two developers mimic successful apps like the ones from CNN, Avast, Facebook, BBC, Bet365, and WhatsApp.

Fake apps are showing ads and redirecting users to other apps and websites. As you can see from the screenshots attached to this article, the apps come with a real-looking, fully functional UI, but after a certain period of time, the user is prompted with an interstitial ad that covers their entire screen.

If this add is clicked, the user is redirected to a page where they are then asked to download or install various other apps. In some cases, this redirect occurs automatically, without the user doing anything. The two behind this campaign are gaining money from various advertising campaigns, which reward developers that get other people to click on ads, or to install apps from a list of sponsored applications.

"For some reason, no one takes the time to report bad apps, even if it’s clear that they are fake and the majority of user reviews are extremely negative," says Filip Chytry of Avast. Softpedia has checked the Windows Phone Store, and while we haven't seen any apps for Ngetich Walter, we have been able to find 20 apps from Cheruiyot Dennis still being listed.