In case you haven’t noticed, Facebook has been rolling out a more robust search functionality. The service, launched last week, is called Search FYI. 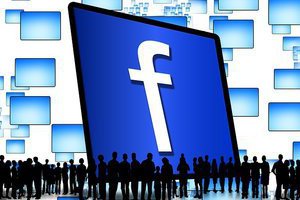 Tom Stocky, Facebook’s VP of Search, said in a post, “When something happens in the world, people often turn to Facebook to see how their friends and family are reacting. Today, we’re updating Facebook Search so that in addition to friends and family, you can find out what the world is saying about topics that matter to you.”

Sounds great, right? In theory, yes. However as often happens with Facebook’s technological advances – there could be some negative implications. Similar to Google’s search engine, Facebook’s Search FYI indexes posts and makes them searchable for users. The caveat is that ANY post that was published as PUBLIC can be searched and found by any user on Facebook.

For those people who have been on Facebook since it’s inception, this means that some posts that you may not want to be public can now be found via search – yes, that means that time you and your fraternity brothers dressed up like Jem and the Holograms can now be seen by your future ex-girlfriend.

What should you do?

Much like we recommended in a previous post on Tips for Parents, we urge you to try to lock down your privacy settings as much as you can. This means only connecting with people you know and limiting the reach of who can see your posts. While Public is an easy default, you need to realize that the only people who really gain from those types of postings are the shareholders of the social network as it adds to the data collection they do. So stop what you are doing and check your security settings NOW.