Comcast hack: 590,000 customer passwords on sale on the dark web

Comcast has reset passwords of 200,000 accounts after information about its 590,000 accounts were put on sale online. Comcast denies any data breach and confirms that its apps were not compromised by hackers. 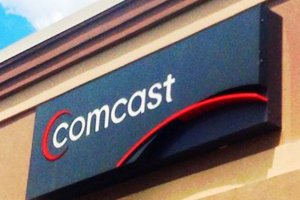 Experts reported that the seller of the Comcast data listed 112 Comcast accounts as proof and offered 100,000 account information such as Comcast email addresses and corresponding password for just $300.

"However, one wished to purchase the entire list of 590,000 accounts, the final price was $1,000 USD," reported experts. Even though 590,000 Comcast user accounts were put on sale, only 200,000 were active Comcast users and are at risk of a cyber-attack. "We're taking this seriously and we're working to get this fixed for those customers who may have been impacted," said a company spokesperson. "But the vast majority of information out there was invalid."

Comcast is aware of the incident and has reset the passwords of the accounts at risk. The source of the leaked data remains unknown. Comcast has millions of customers, who would be concerned if they are a victim of the latest data breach. Customers who think are a victim should change their account password immediately to avoid any unauthorized use. If the same password is used for other accounts, then users should also consider changing them as well.

Customers should check online to find any details about data breach regarding a specific provider and contact the official number of the organization in question. The affected organization may direct your queries efficiently and provide information if anything needs to be fixed such as changing a password. In case of the latest Comcast data leak, email addresses of users were exposed to hackers. Comcast users who think they are a victim and their data may have been compromised should monitor their emails for phishing attacks.

Users should avoid opening emails received via unknown senders and refrain from clicking on any links sent via unknown senders. When a user clicks on these links, they may give hackers control over their computer and expose important personal and financial information. Comcast users should also wait for the company to issue any official information linked to the data leak and then act as per the company's guidelines.