VTech, a Chinese company that makes popular electronic toys for kids, had its app store hacked. 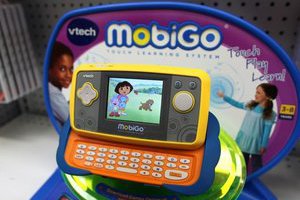 The database contains customer data including name, email address, password, IP address, mailing address and download history. It does not contain credit card information, the company said. VTech has not said how many customers were affected, but experts said information on nearly 5 million parents and more than 200,000 kids was exposed. The hacked data included kids' first name, gender and birthday.

VTech did not respond to a request for more information. Though hackers can have a variety of motives, similar attacks have resulted in customer data being sold on the Web's black market, allowing criminals to steal goods with another person's identity. Hackers can use stolen data for a range of phishing attacks designed to target people through their email addresses and get them to click on links that trigger malicious software which lets the hackers steal even more sensitive information.

Experts were notified of the breach by an unidentified hacker who claimed responsibility. The hacker said he intends to do "nothing" with the data. Hackers sometimes break into systems simply to demonstrate that the networks are vulnerable and need to be made more secure.

If the number of exposed accounts is accurate, the VTech hack would be among the largest breaches in recent years. In August, hackers published data from more than 30 million accounts that had been set up on adultery website Ashley Madison. The personal information of an estimated 110 million Target customers was stolen in 2013 by malware installed on the retailer's point-of-sale terminals.