The growing use of mobile devices for corporate banking could be putting company funds at risk, as mobile cyber-threats have become much more widespread in recent years and are just as dangerous to users as computer-based threats. 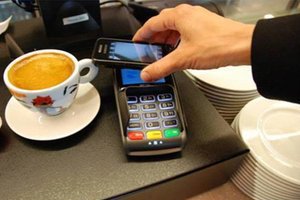 One in three companies allows employees to use mobile devices to make financial transactions or access bank accounts, and by doing so, putting their own and their employee's security at risk, Kaspersky Lab reports.

Taking into consideration data from 5,500 companies in 26 countries, a Kaspersky Lab report reveals that companies are taking unnecessary risks and exposing themselves to online fraud. Data shows that 28% of all small to medium companies and 34% of all big enterprises use mobile devices to carry out financial transactions. In 63% of all surveyed companies, financial departments initiate these transactions, while in 54% of businesses, managers also make them, and in only 8% of enterprises, employees are allowed to. With mobile-targeting malware on the rise, as shown by another Kaspersky report, users are most of the times exposed to banking trojans.

Other attack vectors include phishing attempts, vulnerabilities in the mobile banking apps used by employees, and insecure public or private WiFi connections. Since financial transactions executed via company accounts tend to be of a bigger size, and bank accounts also tend to hold more money, cyber-criminals are much more interested in targeting this category of users.

Their attraction towards mobile banking apps may also be driven by the still fledgling state of security for mobile apps in general, which tend to be more insecure when compared to Web or desktop apps. For more data and bright shiny charts, check out Kaspersky's Every Third Company Uses Mobile Devices for Financial Transactions report. It should be mentioned that most of today's top mobile payment apps are not protected enough to handle the amount of scrutiny and effort cyber-criminals are normally willing to put into compromising payment systems, according to a recent report by Bluebox.