Facebook is about to eliminate the message feature of its mobile app, pushing its users to install the company’s standalone app Messenger instead. 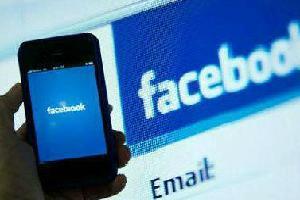 The company has begun sending out notifications to users in Europe saying that the message service will disappear from Facebook’s main mobile app for iOS and Android in about two weeks.

Users in a handful of European countries, including England and France, will be the first users forced to download the Messenger app, but eventually users in all countries will see the message service in the main app disappear, spokesman Derick Mains said.
While it sounds overtly forceful to push users out of one app and onto another, Facebook has already gone to great lengths to drive usage of its increasingly robust mobile app family. Even now, if users have Messenger installed on iOS, Facebook's main app will kick them over to it when they want to chat with friends.

The only difference with the upcoming change is that users will be forced to download Messenger. The move is intended to ensure that users have a consistent and high-quality experience, a Facebook spokesman said. The free, stand-alone Messenger app is faster than the messaging service currently built into Facebook's primary mobile app. Facebook users can also access more features in the Messenger app, such as the ability to make voice phone calls.

Coercive measures towards users and anyone at all can be perceived as a personal insult and here it is difficult not to recall "VKontakte" users promises to withdraw from social networks after the "wall" changed microblogs have become a great local meme.