Apple designing its own servers to avoid snooping

Apple has begun designing its own servers partly because of suspicions that hardware is being intercepted before it gets delivered to Apple. 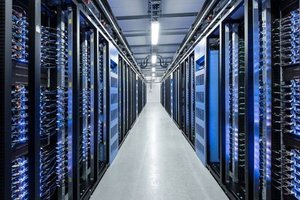 "Apple has long suspected that servers it ordered from the traditional supply chain were intercepted during shipping, with additional chips and firmware added to them by unknown third parties in order to make them vulnerable to infiltration, according to a person familiar with the matter," the report said.

"At one point, Apple even assigned people to take photographs of motherboards and annotate the function of each chip, explaining why it was supposed to be there. Building its own servers with motherboards it designed would be the most surefire way for Apple to prevent unauthorized snooping via extra chips." As we've previously reported, the National Security Agency is known to intercept and modify equipment before it reaches the hands of its intended customers.

Experts noted that "you can’t go take an X-Ray of every computer that hits the floor. You want to make sure there’s no extracurricular activity." An Apple spokesperson declined to comment. The report comes as Apple fights the US government over whether it should have to write new software to help investigators unlock an iPhone used by a terrorist. Beyond that specific case, Apple has also boosted the security of its products so that even Apple can't decrypt them, and the company has taken a strong stance against backdoors that undermine encryption.

Internet giants like Google, Amazon, Microsoft, and Facebook have been designing their own servers for years in order to improve efficiency. Apple has used both Amazon Web Services (AWS) and Microsoft Azure to run parts of iCloud, and recently the company began using the Google Cloud Platform as well.

But Apple wants to rely more on its own data centers, hence the project to design its own hardware. This isn't just about security. VentureBeat reported last week that "Apple isn’t happy with the fact AWS is not able to very quickly load photos and videos onto users’ iOS devices," and it's thus building more of its own infrastructure.

Although Apple built its own content delivery network, the company's efforts in designing its own hardware have been slow compared to other giant tech firms. Apple has projects underway "to build servers, networking equipment, and systems that could one day help developers to power their apps," the report said. "But the software to operate that equipment and provide cloud services for hundreds of millions of iPhone owners has bedeviled the company."