Samsung is exploring a smart contact lens concept that puts an embedded display and camera right in front of users' eyeballs. 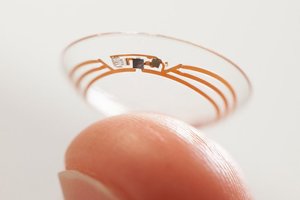 A patent filing from the South Korean company spotted by SamMobile details how such a device could be used to provide an augmented reality view of the world. It would be powered by a wireless connection to a user's smartphone, and come with an embedded motion sensor to allow blink controls.

The patent references Google Glass, but says that such external displays offer poor viewing angles and image quality. These problems could be solved, says the patent, by sandwiching a tiny OLED display between soft contact lens layers. This isn't a new idea by any means. Researchers have created prototype contact lenses with built-in displays before, but they're usually pretty rudimentary, with a limited amount of pixels and minimal real-life testing.

The same can be said for embedded electronics, although the most advanced device in this category we've seen is Google's smart contact lens, which analyzes blood glucose levels to help diabetics. This was announced two years ago, but the last we heard about the lens was that it's still undergoing trials. 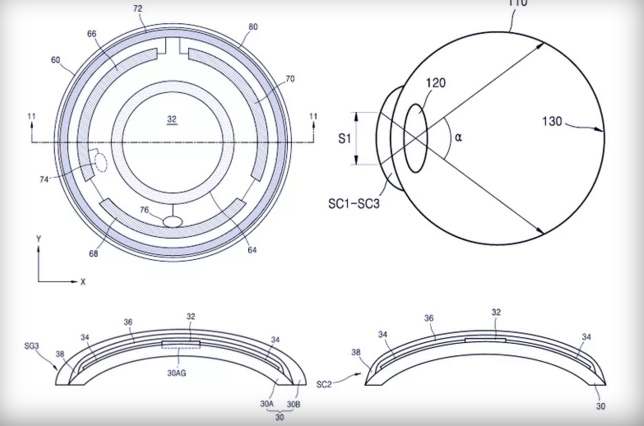 This is all to say that Samsung's patent is plausible, but tricky to actually pull off. It's also worth stressing that this seems to be merely a patent application. Contrary to reports from other publications, the patent doesn't seem to have yet been granted. Despite being filed back in 2014, it's still labelled in South Korea's intellectual property rights database as a "new application," and in the category marked "legal status," it's marked as "unexamined." Still, it shows that Samsung is at least exploring these ideas, even if their execution is likely to be years away.