Russian law gives Russia’s security service, the FSB, the authority to use SORM (“System for Operative Investigative Activities”) to collect, analyze and store all data that transmitted or received on Russian networks, including calls, email, website visits and credit card transactions. 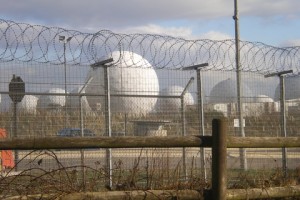 SORM has been in use since 1990 and collects both metadata and content. SORM-1 collects mobile and landline telephone calls. SORM-2 collects internet traffic. SORM-3 collects from all media (including Wi-Fi and social networks) and stores data for three years.

Russian law requires all internet service providers to install an FSB monitoring device (called “Punkt Upravlenia”) on their networks that allows the direct collection of traffic without the knowledge or cooperation of the service provider. The providers must pay for the device and the cost of installation.

Collection requires a court order, but these are secret and not shown to the service provider. According to the data published by Russia’s Supreme Court, almost 540,000 intercepts of phone and internet traffic were authorized in 2012. While the FSB is the principle agency responsible for communications surveillance, seven other Russian security agencies can have access to SORM data on demand. SORM is routinely used against political opponents and human rights activists to monitor them and to collect information to use against them in “dirty tricks” campaigns.

Russian courts have upheld the FSB’s authority to surveil political opponents even if they have committed no crime. Russia used SORM during the Olympics to monitor athletes, coaches, journalists, spectators, and the Olympic Committee, publicly explaining this was necessary to protect against terrorism. The system was an improved version of SORM that can combine video surveillance with communications intercepts.