FitnessKeeper — the US-based outfit behind fitness app Runkeeper — will be hit with a complaint from the Norwegian Consumer Council on Friday morning, after it was found to have breached European data protection law. 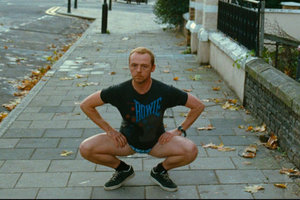 The council argues that the Android version of the app tracks users and transmits personal location data to a third party in the United States, even when not in use. The move comes following an investigation into 20 apps’ terms and conditions conducted by Norway's consumer watchdog earlier this year.

"We checked the apps technically, to see the data flows and to see if the apps actually do what they say they do," the council’s digital policy director Finn Myrstad told. "Everyone understands that Runkeeper tracks users while they exercise, but to continue after the training has ended is not okay. Not only is it a breach of privacy laws, we are also convinced that users do not want to be tracked in this way, or for information to be shared with third party advertisers."

Myrstad added: "It is clear that Runkeeper needs to have a good think about how it treats users data and privacy." As a result of its investigation, the consumer rights' watchdog has already reported dating app Tinder to Norway's data protection authority, accusing it of privacy breaches. Elsewhere, dating app Happn has been reported to France's data regulator.

Now, Norway's consumer council wants the DPA to take action over what it claims are multiple breaches of privacy. The council said that its investigation had uncovered numerous unfair practices including a lack of clarity in what Runkeeper defines as "personal data," failure to delete personal information when an account is closed, and the right to update privacy policy at any time without prior notice.

"Runkeeper, also requests unreasonably wide-ranging permissions compared with the access actually needed to deliver the service. We have also noted that many apps, Runkeeper included, demand the perpetual right to the user’s content, which includes a licence to share the user’s content to unspecified third parties," said Myrstad.

FitnessKeeper — an American company based in Massachusetts — had not been registered under the now defunct Safe Harbour programme. It was found to be transferring location data to Kiip.me, a major advertiser in the US, even when the mobile phone was idle for a period of 48 hours, according to Norway's consumer council.

Sanctions the Norwegian data protection authority may be able to impose on FitnessKeeper — if it does uphold the complaint — are limited, however, because the Runkeeper app maker has no European subsidiaries. Nonetheless, Myrstad told that it was worth pursuing the principle.

FitnessKeeper responded with a statement following publication of this story. A spokesperson at the company said: “We were recently made aware of a complaint filed by the Norwegian Consumer Council with the Norwegian Data Protection Authority. Our users' privacy is of the utmost importance to us, and we take our obligation to comply with data protection laws very seriously. We are in the process of reviewing the issues raised in the complaint, and we will cooperate with the Norwegian DPA if it has any questions arising out of the complaint.”