Last month, information associated with more than 100 million LinkedIn accounts has emerged online, and malicious campaigns that abuse this user data have started to appear. 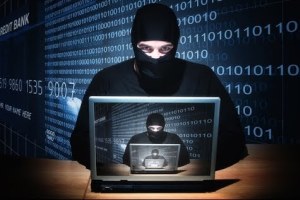 Stolen account information that ends up on the Dark Web isn’t always used to take over accounts, but can be abused in many other ways, including the spreading of malware.

The German federal CERT (CERT-BUND) warned on Twitter that malicious emails containing fake invoices as Word documents contain a personal salutation and business role of the receiver. The names and business positions in these emails were associated with the LinkedIn leak, being consistent with public LinkedIn profiles, CERT-BUND said. As Johannes Ullrich notes in a post on ICS SANS, these emails come in different languages, but the recipient’s full name, job title and company name are included in the message.

Data that “wasn’t reachable by simple screen scrapers (or API users) in the past” has emerged after the LinkedIn leak, allowing attackers to create more plausible emails and to increase their chances of successful infections.

Security firm Fox IT also observed malicious emails being delivered to users in the Netherlands and says that these messages include Dutch text in both the e-mail and the attached Word document. These emails started to appear in large quantities on June 7, with the first name, last name, role, and company name of the recipient being taken from the user’s LinkedIn page.

The name of the Word document attached to these phishing emails is also based on personal information of the receiver. Attackers packed the document with malicious macros and scrambled the content of the document in an attempt to trick users into enabling the macros to view the text. However, the macro fetches a binary from a compromised website, and the security researchers identified it as the Zeus Panda banking Trojan.

Detailed in April by Proofpoint, the banking malware, also known as Panda Banker, was first observed in February by Fox IT, and is based on code from the infamous Zeus banking Trojan. Panda Banker authors leverage fast flux DNS to protect their infrastructure, a method previously employed by Zeus too. Other banking Trojans also emerged after Zeus’ source code was leaked several years ago.

Since the LinkedIn incident was only one of the high-profile data breaches to have made it to the headlines over the past several weeks, similar malicious campaigns might emerge. Users of Myspace, VK, and, more recently, Twitter might all become targets in similar malicious email runs.