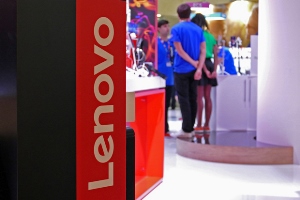 The two new vulnerabilities, tracked as CVE-2016-5249 and CVE-2016-5248 in the Common Vulnerabilities and Exposures database, were found by security researchers from Trustwave. They affect LSC versions 3.3.002 and earlier. The CVE-2016-5249 vulnerability allows an attacker who already has control of a limited account on a PC to execute malicious code via the privileged LocalSystem account.

Privilege escalation flaws like this one cannot be used by themselves to compromise computers, but are often used in exploit chains. Due to security improvements in modern operating systems, remote code execution flaws don't always provide attackers with full control over affected systems and need to be combined with privilege escalation vulnerabilities.

Because of the functionality in the LSC.Services.SystemService component, any local user can open a communication pipe to the service and force it to execute arbitrary .NET code. Because this LSC service runs under the LocalSystem account, the rogue code would also be executed with LocalSystem privileges.

The second vulnerability, CVE-2016-5248, allows any local user to send a command to LSC.Services.SystemService in order to kill any other process on the system, privileged or not. The target process could, for example, belong to an antivirus program or another security product.

Lenovo advises users to upgrade to LSC version 3.3.003. This can be done from the application itself by agreeing to automatic update prompt, from the separate Lenovo System Update utility or by downloading the latest version of LSC manually.

This is not the first time that serious flaws were found in LSC. However, Lenovo seems to be responding to such vulnerabilities in a timely manner by releasing patches and publishing security advisories. In a recent security analysis of the update tools preloaded on computers PC manufacturers, LSC was found to have one of the most secure implementations.