A recently discovered vulnerability in a D-Link network camera that allows attackers to remotely take over the device also exists in more than 120 other D-Link products. 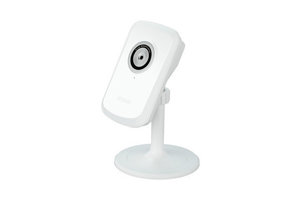 The vulnerability was initially discovered a month ago by researchers from security start-up firm Senrio in D-Link DCS-930L, a Wi-Fi enabled camera that can be controlled remotely through a smartphone app.

The flaw, a stack overflow, is located in a firmware service called dcp, which listens to commands on port 5978. Attackers can trigger the overflow by sending specifically crafted commands and then can execute rogue code on the system. How to respond to ransomware threats? The Senrio researchers used the flaw to silently change the administrator password for the Web-based management interface, but it could also be used to install malware on the device.

It turns out that the dcp service is part of the agent that connects the device with the manufacturer's mydlink service. This is the cloud-based service that allows users to control their devices from outside their networks through a smartphone app and is not unique to DCS-930L cameras. In fact, in a detailed report sent via email, Senrio said that D-Link investigated the issue and found that it affects over 120 different models of its various products, including cameras, routers, access points, modems and storage devices.

D-Link did not immediately respond to a request for comment. Using the Shodan search engine, the Senrio researchers have identified over 400,000 D-Link devices that expose a Web interface to the Internet. Many of them are webcams. It's not exactly clear how many of these devices are vulnerable, without D-Link publishing a full list of affected device models and firmware versions. However, there are some statistics available for D-Link DCS-930L: The researchers found around 55,000 such cameras on the internet and over 14,000 of them were running a firmware version that has this vulnerability.

The security of embedded devices has lagged behind that of personal computers. Basic flaws like stack and buffer overflows have largely disappeared from modern operating systems due to various mitigations added over the years, but they are still plaguing networking, IOT and industrial devices.

While years ago consumer embedded devices like routers, surveillance cameras and network attached storage boxes did not represent an attractive target for attackers, that has now changed. Just recently researchers found over a hundred DDoS botnets made up primarily of compromised surveillance cameras. Attackers also hijacked the DNS settings of thousands of routers in recent years in order to inject rogue ads into users' traffic or to direct users to malicious websites.