China is making plans to ban ad-blocking software from citizen's machines, according to Ben Williams, head of operations at Adblock Plus, who recently posted a blog entry on the subject entitled The lonely bully. 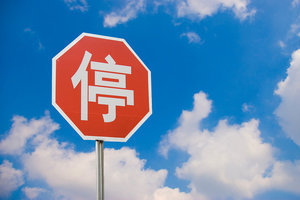 "There are apparently 159 million people who block ads on their mobile devices in China. Desktop numbers are relatively low by comparison. All of them, though, are going to have a fundamental right snatched from them come September, when their government will take away their right to block ads," he said.

"That’s because just last week China issued its Internet Advertising Interim Rules, Article 16 of which will place a ban on ad blocking … thus spake the Bully." The new rules set out to define what counts as online advertising, targeting fake and misleading ads as well as insisting that adverts are clearly distinguishable from paid content. Williams pointed to Android malware as an example of one of the problems that can be prevented with ad blockers. Google Play store content is not as freely available in China, and it's estimated that 10 million people have downloaded virus-ridden apps from third-party app stores in the past year alone.

Google revealed yesterday that phones running the latest Nougat edition of Android won't boot if there is a problem with the operating system, possibly caused by such malware. As publishers, we are faced with a bleak choice when it comes to ad blockers, as journalists have no wage without adverts and the concept of free internet content is put at risk.

Williams pointed out that Adblock Plus has successfully defended ad blocking in court as a right no fewer than six times, but it does seem that China is set to take the opposite view. The company has confirmed that it will pull its products from China if necessary, but is highly critical of removing the right to choose.

Adblock Plus operates a 'white list' system to fund its service where certain ads are let through providing they comply with standards to ensure they are kind to resources and the aesthetics of the page. Microsoft, Google and Amazon have all used, or are using, the white list method.