President Barack Obama plans to ask Congress to end the bulk collection and storage of phone records by the National Security Agency but allow the government to access the "metadata" when needed, a senior administration official said on Monday. 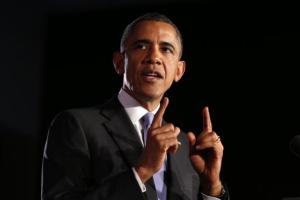 If Congress approves, the Obama administration would stop collecting the information, known as metadata, which lists millions of phone calls made in the United States. The practice triggered a national debate over privacy rights when the extent of the surveillance program was exposed last year by former NSA contractor Edward Snowden.

Instead, the government would have to get permission from the Foreign Intelligence Surveillance Court to review data about the time and duration of telephone calls that it believes may be connected to terror attacks, according to the New York Times, which first reported the plan.

Obama, who on Monday met with world leaders in The Hague, has been grappling with a backlash to U.S. government surveillance programs since classified details about the extent of data-gathering were first leaked by Snowden. Snowden is currently in Russia under temporary asylum.

Obama has defended use of the data to protect Americans from attacks. His plan seeks to hold on to "as many capabilities of the program as possible" while ending the government's role in controlling the database, the official said on background.

"The president considered those options and in the coming days, after concluding ongoing consultations with Congress, including the Intelligence and Judiciary committees, will put forward a sound approach to ensuring the government no longer collects or holds this data," the official said in a statement.

The Obama administration will renew the NSA's telephone metadata program until Congress passes new authorizing legislation, the official said. Obama made some decisions about changes to the programs in January, including a ban on eavesdropping on the leaders of friendly or allied nations.

But he had charged his Attorney General Eric Holder and intelligence agencies to make additional proposals for the metadata program by March 28, when it comes up for reauthorization. The New York Times said the administration will propose that telephone companies keep the data. But companies will not be required to hold on to the data any longer than they normally do, the Times said.

The administration had considered requiring the companies to hold on to data for longer than 18 months. The administration rejected that idea after concluding newer data is most important for investigations, the Times said.

Two top lawmakers on the House of Representatives' intelligence panel were slated on Tuesday to unveil a bipartisan measure on metadata use.

The bill, sponsored by Republican Mike Rogers and Democrat Dutch Ruppersberger, would require the government to "serve a directive" on telecommunication companies for data, the Washington Post reported, citing congressional aides.

Their bill would not require court approval of the request before it was made, but the court could order the data expunged if it was later found not to be linked to suspicious activity, the Post reported. The U.S. government began collecting metadata shortly after the September 11, 2001, attacks on the United States. A surveillance court allowed the data collection based on a legal provision known as Section 215 of the Patriot Act.

NSA officials and lawmakers such as Senator Dianne Feinstein, the Democratic chairman of the Senate Intelligence Committee, have defended the bulk metadata program, saying it helps the government "connect the dots" between terrorist plotters overseas and co-conspirators inside the United States.

But others said it went too far. One U.S. district judge has criticized the program as an "arbitrary invasion" of privacy. The Times said the administration's proposal would also include a provision clarifying whether Section 215 of the act could be used in the future to allow bulk phone data collection.