The World Anti-Doping Agency and Court of Arbitration for Sport say they have been targeted by hackers, with an attempt made to obtain access credentials for the database which tracks athletes for drug testing. 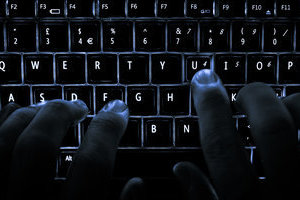 WADA said it learned "this week," during the Olympics, that it had been targeted, though it was not immediately clear when the attacks took place.

WADA communications coordinator Maggie Durand told in an email that the agency was notified of a YouTube video claiming WADA's website had been hacked. She says an investigation "was quickly able to determine that the website had not been compromised, although we continue to monitor activity." Durand says WADA's ADAMS database of doping results "has not been compromised," but that so-called phishing emails were sent to users of the database disguised as official WADA communications requesting their login details.

WADA did not immediately respond to requests for comment on how many users were targeted by the e-mails, whether athletes had been targeted, or what WADA's plan was if credentials had been leaked. WADA said it had notified all users of the database about the phishing attempt, and posted a warning on the database website.

Athletes use the database to enter so-called "whereabouts" information which they are obliged to provide in order to make themselves available for drug testing outside competitions. Someone with an athlete's credentials could potentially change that information, sending testers to the wrong location, potentially leading to athletes being wrongly blamed for missing a test.

Meanwhile, CAS secretary general Matthieu Reeb told "there has been an attempt to hack the CAS website. It is not the first time, and certainly not the last time." He says the attempt "was apparently unsuccessful but investigations are being made ... to make sure that we have not suffered any damage." Reeb says information on the CAS website "is intended for the public and is not confidential."

A video posted to YouTube, by a user claiming to represent Polish hackers, seems to show the CAS website doctored to display the message: "We forgot the sport is out of the politic (sic). Please forgive us." The CAS site was not accessible late Thursday. Both WADA and CAS have been in the headlines recently over their handling of doping cases ahead of the Olympics, particularly regarding bans for Russian athletes following the country's doping scandals.