Facebook is going to start forcing ads to appear for all users of its desktop website, even if they use ad-blocking software. 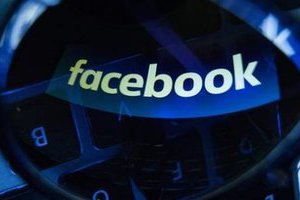 The social network said on Tuesday that it will change the way advertising is loaded into its desktop website to make its ad units considerably more difficult for ad blockers to detect. “Facebook is ad-supported.

Ads are a part of the Facebook experience; they’re not a tack on,” said Andrew “Boz” Bosworth, vice president of Facebook’s ads and business platform. User adoption of ad-blocking software has grown rapidly in recent years, particularly outside of the U.S. According to estimates by online advertising trade body the Interactive Advertising Bureau, 26% of U.S. internet users now use ad blockers on their desktop devices. Facebook declined to comment when asked on what portion of its desktop users have ad-blocking software installed.

With the move, Facebook risks turning off some of its 1.7 billion monthly users who prefer not to see ads while browsing the internet. But users are more likely to access Facebook’s app on smartphones and tablets, which are less susceptible to ad blocking than personal computers. Facebook will not circumvent ad blockers on mobile devices.

In the second quarter, 84% of Facebook’s ad revenue came from mobile. Still, Facebook says it has lost some desktop ad revenue as a result of ad blockers. The technology poses enough of a threat that Facebook added it as separate risk factor in its annual securities filing this year. The change will open up more online ad space for it to sell, although Mr. Bosworth said that wasn’t the motivation for the move.

“This isn’t motivated by inventory; it’s not an opportunity for Facebook from that perspective,” Mr. Bosworth said. “We’re doing it more for the principle of the thing. We want to help lead the discussion on this.” Nonetheless, Facebook stands to gain financially from showing ads to ad-blocking users. On the company’s second-quarter earnings call in July, Facebook executives said its “ad load”—the volume of ads its users typically see—was in a “good zone.” That means it doesn’t think it can push many more ads to users than they already see during the time they are spending on the social network.

Mr. Bosworth acknowledged that forcing ads onto people who have attempted to avoid them could irritate those users, but he said the company has invested heavily in ensuring advertising on Facebook is “uninterruptive” and relevant. Facebook is also introducing more ways for users to control the type of advertising they see on the service. “It just seems like a poor bargain to be forced to choose all or nothing. There’s a middle ground,” Mr. Bosworth said.

Some ad-blocking software providers have faced fierce criticism from the media industry for their business models in recent months. Eyeo GmbH, the company behind popular desktop ad-blocking tool Adblock Plus, accepts payment from more than 70 companies in exchange for letting their ads through its filter. “This is an unfortunate move, because it takes a dark path against user choice,” Eyeo said of Facebook’s ad decision in a blog post. “But it’s also no reason to overreact: cat-and-mouse games in tech have been around as long as spammers have tried to circumvent spam filters.”

Mr. Bosworth said Facebook hasn't paid any ad-blocking software company to have its ads pass through their filters and that it doesn’t intend to. “It’s not something that Facebook wants to be a part of. It’s not a business model that’s set out to serve the best interests of people,” he said. The IAB has also been extremely vocal about its disapproval of online ad blockers and their business models, with its CEO Randy Rothenberg describing Adblock Plus earlier this year as “an old-fashioned extortion racket, gussied up in the flowery but false language of contemporary consumerism.” Facebook is an IAB member.

From a technical standpoint, Facebook is able to circumvent ad blockers relatively easily because it loads ads into its service itself. Many online publishers and media companies rely on third-party companies to help display ads on their webpages and services, which can make them more easily identifiable to blocking technologies. As a result, a new breed of “anti-ad-blocking” technology companies has emerged, hoping to cash in on the situation by selling software designed to help media companies and publishers counteract the effects of ad blocking.