How the NSA plans to infect ‘Millions’ of computers with Malware

Top-secret documents reveal that the National Security Agency is dramatically expanding its ability to covertly hack into computers on a mass scale by using automated systems that reduce the level of human oversight in the process. 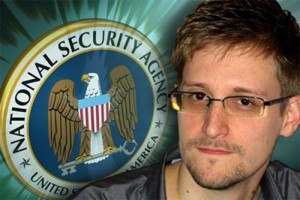 The classified files – provided previously by NSA whistleblower Edward Snowden – contain new details about groundbreaking surveillance technology the agency has developed to infect potentially millions of computers worldwide with malware “implants.” The clandestine initiative enables the NSA to break into targeted computers and to siphon out data from foreign Internet and phone networks.

The covert infrastructure that supports the hacking efforts operates from the agency’s headquarters in Fort Meade, Maryland, and from eavesdropping bases in the United Kingdom and Japan. GCHQ, the British intelligence agency, appears to have played an integral role in helping to develop the implants tactic.

In some cases the NSA has masqueraded as a fake Facebook server, using the social media site as a launching pad to infect a target’s computer and exfiltrate files from a hard drive. In others, it has sent out spam emails laced with the malware, which can be tailored to covertly record audio from a computer’s microphone and take snapshots with its webcam. The hacking systems have also enabled the NSA to launch cyberattacks by corrupting and disrupting file downloads or denying access to websites.

The implants being deployed were once reserved for a few hundred hard-to-reach targets, whose communications could not be monitored through traditional wiretaps. But the documents analyzed by The Intercept show how the NSA has aggressively accelerated its hacking initiatives in the past decade by computerizing some processes previously handled by humans. The automated system – codenamed TURBINE – is designed to “allow the current implant network to scale to large size (millions of implants) by creating a system that does automated control implants by groups instead of individually.”

In a top-secret presentation, dated August 2009, the NSA describes a pre-programmed part of the covert infrastructure called the “Expert System,” which is designed to operate “like the brain.” The system manages the applications and functions of the implants and “decides” what tools they need to best extract data from infected machines.

Mikko Hypponen, an expert in malware who serves as chief research officer at the Finnish security firm F-Secure, calls the revelations “disturbing.” The NSA’s surveillance techniques, he warns, could inadvertently be undermining the security of the Internet.

“When they deploy malware on systems,” Hypponen says, “they potentially create new vulnerabilities in these systems, making them more vulnerable for attacks by third parties.”

Hypponen believes that governments could arguably justify using malware in a small number of targeted cases against adversaries. But millions of malware implants being deployed by the NSA as part of an automated process, he says, would be “out of control.”

“That would definitely not be proportionate,” Hypponen says. “It couldn’t possibly be targeted and named. It sounds like wholesale infection and wholesale surveillance.”

The NSA declined to answer questions about its deployment of implants, pointing to a new presidential policy directive announced by President Obama. “As the president made clear on 17 January,” the agency said in a statement, “signals intelligence shall be collected exclusively where there is a foreign intelligence or counterintelligence purpose to support national and departmental missions, and not for any other purposes.”