The phone hackers at Cellebrite have had their firmware leaked online

Cellebrite, an Israeli company that specialises in digital forensics, has dominated the market in helping law enforcement access mobile phones. 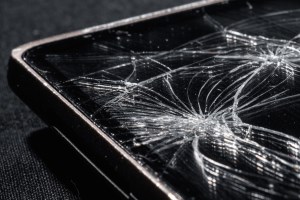 But one apparent reseller of the company's products is publicly distributing copies of Cellebrite firmware and software for anyone to download.

Although Cellebrite keeps it most sensitive capabilities in-house, the leak may still give researchers, or competitors, a chance to figure out how Cellebrite breaks into and analyzes phones by reverse-engineering the files. The apparent reseller distributing the files is McSira Professional Solutions, which, according to its website, “is pleased to serve police, military and security agencies in the E.U. And [sic] in other parts of the world.” McSira is hosting software for various versions of Cellebrite's Universal Forensic Extraction Device (UFED), hardware that investigators can use to bypass the security mechanisms of phones, and then extract data from them.

McSira allows anyone to download firmware for the UFED Touch, and a PC version called UFED 4PC. It is also hosting pieces of Cellebrite forensic software, such as the UFED Cloud Analyzer. This allows investigators to further scrutinize seized data.

Cellebrite's UFED devices are unable to bypass the passcode lock on a number of recent iPhone iterations, including the iPhone 5C, 6, and 7, according to a spreadsheet published by the company. Cellebrite can analyze BlackBerrys and a wide range of Android devices, however.

McSira is likely offering downloads so customers can update their hardware to the latest version with as little fuss as possible. But it may be possible for researchers to take those files, reverse-engineer them, and gain insight into how Cellebrite’s tools work.

That may includewhat sort of exploits Cellebrite uses to bypass the security mechanisms of mobile phones, and weaknesses in the implementation of consumer phones that could be fixed, according to one researcher who has started to examine the files, but was not authorised by his employer to speak to the press about this issue.

Mike Reilly, a representative from a PR firm that works with Cellebrite, told that the site's links “do not allow access to any of the solutions without a license key.” This should mean that someone can't just download the software and run it normally without a code given to them by Cellebrite or a reseller. Another researcher, Pedro Vilaça from SentinelOne, better known as “osxreverser”, said he managed to crack some of the software and run it against an old test iPad.

“Doesn’t seem to be trying to exploit things but just data extraction,” he told in an email. “For example, I had to pair my device with iTunes for the logical extraction feature to work.” But, he said he needed to explore the files more to better understand what is possible with them.

Judging by company brochures, Cellebrite may keep its most sophisticated capabilities in-house. Cellebrite Advanced Investigative Services (CAIS) provide on-demand experts who “work with you to recover valuable evidence from heavily damaged and/or locked and/or encrypted devices,” one company document reads.

Indeed, Jonathan Zdziarski, an iOS forensics expert, told that researchers will likely find “just a graveyard of old exploits.” It's not clear how long McSira has been hosting these files, but an archived version of the page dates back to August 19. McSira did not respond to a request for comment, and Cellebrite did not provide a response in time for publication.