Singapore telecommunications company StarHub has said the recent service outages affecting some of its home broadband customers were caused by cyberattacks. 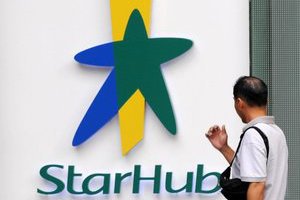 After inspecting the network logs of the internet connection disruptions, the company said on Wednesday (26 October) that it found evidence of intentional, possibly malicious distributed denial-of-service (DDoS) attacks on its domain name servers.

The company noted that they did not find any evidence that their other services were affected by the two attacks that occurred on Monday (24 October) and Saturday (22 October). Customers' information was not compromised in the attack either, the company maintained. A DDoS occurs when an attacker floods a company's network with fake traffic or messages in an effort to take it down and render it useless to clients.

"On both occasions, we mitigated the attacks by filtering unwanted traffic and increasing our DNS capacity, and restored service within two hours," StarHub said in a statement. The company said it was working closely with authorities to determine the source and intent of attacks that it described as "unprecedented in scale, nature and complexity".

The latest DDoS attacks follow the massive cyberattacks that took down a portion of the internet in the US and parts of Europe and knocked multiple major websites offline including Twitter, Netflix, Amazon, Spotify and Reddit. In Friday's attack, hackers targeted major DNS provider Dyn, which handles the "address book" of the internet for many major companies.

That outage involved attackers using a malware called Mirai to compromise hundreds of thousands of connected devices, such as webcams and digital recorders, and create a massive botnet of hacked IoT devices. The source code for the IoT botnet was released to the public earlier this month. StarHub told that it does not use Dyn's services.

In a joint statement, the Cyber Security Agency (CSA) and the Infocomm Media Development Authority (IMDA) urged other telecom companies to bolster their own security against similar attacks. Both Singapore Telecommunications and M1, the top and third-ranked telecom operators in Singapore, said they did not observe any abnormal traffic trends on their own systems over the weekend, but noted they were aware of the incident and would be on alert.