Online auction site eBay has advised its clients to change their passwords after a cyber-attack allowed hackers to gain access to one of its databases. 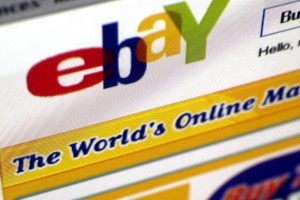 Information stolen included personal details of “a large number of accounts.” The California-based company has been asking its users “to change their passwords because of a cyber-attack that compromised a database containing encrypted passwords and other non-financial data,” according to a statement released on the company website.

While it stated that there is as of yet no evidence that any unauthorized activity had taken place, changing passwords “is a best practice and will help enhance security for eBay users.”  The online auction company with a global customer base of 233 million also reassured users that credit card details and other financial data is stored separately in encrypted formats.

Shares in the company, which operates in 37 markets, fell some 3.2 percent in what is the latest notable cyber-attack on a big US company. The company announced that it is “aggressively investigating the matter,” working with law enforcement and leading security experts.

In December, Target Corp. announced that it had fallen victim to cyber-attacks, with hackers seizing details of some 40 million credit and debit cards of the retailer’s customers. In April, AOL also announced that 2 percent of its accounts had been compromised and also urged their email account holders to change passwords in a subsequent statement.