Adult dating and pornography site company Friend Finder Networks has been hacked, exposing the private details of over 412 million accounts and making it the largest data breach ever recorded, according to monitoring firm Leaked Source. 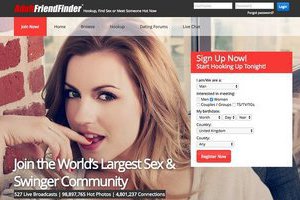 The attack, which took place in October, resulted in email addresses, passwords, dates of last visits, browser information, IP addresses and site membership status across sites run by Friend Finder Networks being exposed. It s the biggest breach in terms of number of users since the 2013 leak of 359 million MySpace users’ details.

Friend Finder Networks vice president and senior counsel, Diana Ballou, told: “FriendFinder has received a number of reports regarding potential security vulnerabilities from a variety of sources. While a number of these claims proved to be false extortion attempts, we did identify and fix a vulnerability that was related to the ability to access source code through an injection vulnerability.”

The hashed passwords seem to have been altered to be all in lowercase, rather than case specific as entered by the users originally, which makes them easier to break, but possibly less useful for malicious hackers. Among the leaked account details were 78,301 US military email addresses, 5,650 US government email addresses and over 96m Hotmail accounts. The leaked database also included the details of what appear to be almost 16m deleted accounts.

To complicate things further, Penthouse.com was sold to Penthouse Global Media in February. It is unclear why Friend Finder Networks still had the database containing Penthouse.com user details after the sale, and as a consequence exposed their details with the rest of its sites despite no longer operating the property.

It is also unclear who perpetrated the hack. A security researcher known as Revolver claimed to find a flaw in Friend Finder Networks’ security in October, posting the information to a now-suspended Twitter account and threatening to “leak everything” should the company call the flaw report a hoax.

This is not the first time Adult Friend Network has been hacked. In May 2015 the personal details of almost four million users were leaked by hackers, including their login details, emails, dates of birth, post codes, sexual preferences and whether they were seeking extramarital affairs.

David Kennerley, director of threat research at Webroot said: “This is attack on AdultFriendFinder is extremely similar to the breach it suffered last year. It appears to not only have been discovered once the stolen details were leaked online, but even details of users who believed they deleted their accounts have been stolen again. It’s clear that the organisation has failed to learn from its past mistakes and the result is 412 million victims that will be prime targets for blackmail, phishing attacks and other cyber fraud.”

Over 99% of all the passwords, including those hashed with SHA1, were cracked by Leaked Source meaning that any protection applied to them by Friend Finder Networks was wholly ineffective. Leaked Source said: “At this time we also can’t explain why many recently registered users still have their passwords stored in clear-text especially considering they were hacked once before.” Peter Martin, managing director at security firm RelianceACSN said: “It’s clear the company has majorly flawed security postures, and given the sensitivity of the data the company holds this cannot be tolerated.”