Uninspiring design aside, Google's new Pixel and Pixel XL are fantastic smartphones that really give the iPhone a run for its money, especially when it comes to taking photos and videos. 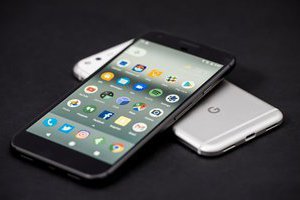 Earlier this month, Adrian Ludwig, the director of Android security at Google, told at a security conference that the Pixels are as secure as iPhones. "For almost all threat models [the Pixels and iPhone] are nearly identical in terms of their platform-level capabilities," Ludwig said.

Well, so much for that. A group of Chinese white hat hackers managed to hack a Pixel in 60 seconds at the PwnFest hacking competition that took place in Seoul on Friday. The hackers, who work at Qihoo 360, a security solutions company, won $120,000 in cash after demonstrating an exploit that cracked open the Android and gave them full remote access as well as access to personal information such as messages, phone calls, contacts and photos.

Google is now reportedly patching the exploit along with a previous hole that enabled rival white hat hackers at Tencent's Keen Labs to breach the Pixel's security at the Mobile Pwn2Own event in Japan last month.

The iPhone's been widely praised for its tight security, and Apple CEO Tim Cook's public fight and refusal to create a backdoor for the FBI earlier this year only strengthened the device's appeal. Android, on the other hand, because of its many customizations and open source design, is far more vulnerable to hacking.