According to recent survey, more than 70% of active Internet users have considered quitting their social networks, primarily, they say, because they waste too much time on them. 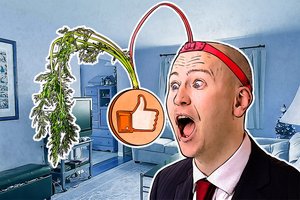 It’s something more: that people feel they have become mere commodities to the digital corporations that not only feed them content, but also more and more often tell them what to do, what to buy, what to watch and listen to — and the list goes on. Do we really own our digital lives? Many of you already know the bitter truth: We don’t.

The individual user of a digital device can do a bit to control their digital shadow — the data and metadata that is generated automatically about users as they visit websites. VPNs, anonymizers, and filtering can help shrink the shadow, but what about the more visible part of the digital life? The photos, videos, fleeting thoughts, and other things that we post on purpose and consider our own — our digital footprints — effectively belong to the IT corporations that run our social networks and multimedia hosting platforms.

That video you made yesterday with or for your friends or family? The moment you uploaded it, the hosting service (i.e., the site where you’re sharing it) gained effective ownership rights over it. Depending on the legislation of your country, you may be able to prohibit further sharing or demand the removal of your personal content, but you can never be perfectly sure that it has not been cached somewhere no matter what the site’s terms and conditions may say.

Basically, what goes on the Internet stays there forever, regardless of your state of mind when posting or future ability to access your account. Someone hacked your account and changed your password? Sorry! Not having ownership over your digital creations or any right to gain ownership — that situation is something akin to digital slavery.

Many people actually find it convenient. They like to live in a bubble of “tailored content,” “special offers,” and “enjoyable friend feeds.” But there are people who would prefer to stop paying for that stuff by giving up their freedom to be irrational, inexplicable, unpredictable, and, most of all, invisible to digital tools.

When was the last time you sat with your closest friends or family, looking at photos together and enjoying the memories? It’s been a while, hasn’t it? We’ve become so addicted to social networks that when we get together, we no longer pore over photo albums — they don’t even exist anymore! Albums’ digital successors, photo frames, never took off; why bother when you can just post a picture on Instagram or Facebook?

So, instead of getting cozy with friends around a book of photos, we see people at the table with a fork in one hand and their phone in the other. Besides ruining the atmosphere of family dinners, our addiction to instant sharing has also externalized an important part of ourselves — and given control over it to corporations. If we don’t have a tangible past, does that mean that we don’t have a future? As it turns out, regaining ownership of digital memories is no easy feat. IT giants will do everything they can to keep you on the hook. And who has left digital footprints on only one service? Most people have scattered their memories through at least a few.