Millions of people visiting mainstream websites over the past two months have been exposed to a novel form of malicious ads that embed attack code in individual pixels of the banners. 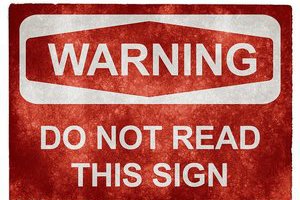 Researchers from antivirus provider Eset said "Stegano," as they've dubbed the campaign, dates back to 2014. Beginning in early October, its unusually stealthy operators scored a major coup by getting the ads displayed on a variety of unnamed reputable news sites, each with millions of daily visitors.

Borrowing from the word steganography — the practice of concealing secret messages inside a larger document that dates back to at least 440 BC — Stegano hides parts of its malicious code in parameters controlling the transparency of pixels used to display banner ads. While the attack code alters the tone or color of the images, the changes are almost invisible to the untrained eye.

The malicious script is concealed in the alpha channel that defines the transparency of pixels, making it extremely difficult for even sharp-eyed ad networks to detect. After verifying that the targeted browser isn't running in a virtual machine or connected to other types of security software often used to detect attacks, the script redirects the browser to a site that hosts three exploits for now-patched Adobe Flash vulnerabilities.

"We can say that even some of the other major exploit kits, like Angler and Neutrino, are outclassed by the Stegano kit in terms of referrals—the websites onto which they managed to get the malicious banners installed," Eset researchers wrote in a report published Tuesday.

"We have observed major domains, including news websites visited by millions of people every day, acting as 'referrers' hosting these advertisements. Upon hitting the advertising slot, the browser will display an ordinary-looking banner to the observer. There is, however, a lot more to it than advertising."

The ads promote applications calling themselves "Browser Defence" and "Broxu" and targeted people who visited the news sites using Internet Explorer browsers. The script concealed in the pixels exploited a now-patched IE vulnerability indexed as CVE-2016-0162 to obtain details about the visitors' computers. Among other things, the script checked for the presence of packet capture, sandboxing, and virtualization software and a variety of security products.

Machines that didn't exhibit signs of the software and contained a vulnerable version of Flash were then redirected to the exploit site, which would serve one of two families of malware. The Ursnif family is made up mainly of modules for stealing e-mail credentials, logging keystrokes, taking screenshots and videos, and acting as a backdoor. The Ramnit variety of malware offers most of the same capabilities and mainly targets the banking industry.

The attackers took extra pains to ensure the machines being infected didn't belong to security-savvy people who might detect what was happening. In addition to a check carried out by the script embedded in the ad, a separate check was carried out by the exploit server before going through with the attack.

The Eset report didn't identify any of the sites that delivered the malicious ads. It did say that the people exposed were concentrated in Canada, the UK, Australia, Spain, and Italy, which are the countries served by the affected ad networks. Earlier versions of the campaign from 2014 and 2015 targeted people in the Netherlands and the Czech Republic. The Flash vulnerabilities exploited included CVE-2015-8641, CVE-2016-1019, and CVE-2016-4117.