An update to Windows software has caused problems for personal computer users trying to connect to the internet. 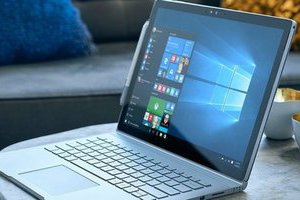 Several European internet service providers (ISPs) have highlighted the problem, which can strike regardless of the type of router box or the particular ISP in use. Experts have issued detailed advice to customers on how to reconnect. Microsoft has also offered guidance to those experiencing difficulties.

"Some customers using Windows 10 have reported difficulties connecting to the internet," said a spokeswoman for Microsoft. "As a first step, we recommend customers restart their PCs. "If this does not resolve the problem, visit our website for further support." Computers running Microsoft's latest updates are losing network connectivity essentially because the PCs cannot automatically pick up the addressing systems from their broadband routers, which then cannot connect them to the internet.

"We're aware that some customers using Windows PCs are having issues getting online following a Microsoft Windows 10 update," said a spokesman. "We're in contact with Microsoft about this issue. "In the meantime, we have published advice for our customers online. "This issue affects anyone who wants to access the internet from a computer with the downloaded Windows 10 software update, regardless of the ISP." This is not the first time a Windows 10 update has created trouble. Earlier Windows 10 upgrade vulnerability made any PC super easy to hack. All an attacker needed to do is hold SHIFT+F10 during Windows 10 update procedure.