Yahoo today disclosed another mega breach of its systems, this one occurring in August 2013 and resulting in the loss of data associated with more than one billion user accounts. 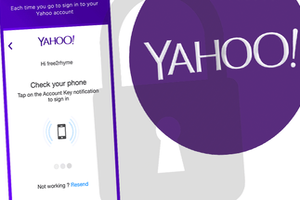 Today’s revelation comes less than three months after Yahoo admitted state-sponsored hackers walked off in 2014 with data from 500 million accounts.

Yahoo chief information officer Bob Lord said in a statement that the two incidents are separate from each other, but some of the activity has been connected to the same state actor Yahoo said was responsible for the 2014 intrusion. “We have not been able to identify the intrusion associated with this theft,” Lord said. “We believe this incident is likely distinct from the incident we disclosed on September 22, 2016.” What is the same is the categories of user data lost in each breach: names; email addresses; dates of birth, passwords hashed with the outdated MD5 algorithm; and encrypted and unencrypted security answers and questions.

Yahoo is forcing a password reset on some of the affected users; it says neither clear text passwords nor payment card data was stolen in the breach and that payment data was not stored on the breached system. Lord also confirmed that Yahoo has invalidated the unencrypted security questions and answers, preventing attackers from using them to access accounts. In its quarterly SEC report filed in November, Yahoo provided details collected by its internal security team and outside forensic investigators on the 2014 intrusion and pinned the blame on state-sponsored actors.

Yahoo also said in the filing that it believed the attackers were able to forge cookies that would allow have allowed them to penetrate internal accounts without the need for authentication. Lord said today that proprietary Yahoo code was accessed and that enabled the attacker to learn how to forge cookies. “The outside forensic experts have identified user accounts for which they believe forged cookies were taken or used,” Lord said.

“We are notifying the affected account holders, and have invalidated the forged cookies. We have connected some of this activity to the same state-sponsored actor believed to be responsible for the data theft the company disclosed on September 22, 2016.” No one wants 2016 to end more than Yahoo.

The September breach disclosure kicked off a disastrous chain of events and has put Verizon’s multibillion-dollar acquisition of Yahoo’s core business in jeopardy. Immediately, for example, experts challenged Yahoo’s claims of state-sponsored involvement in the 2014 breach. Experts instead believe that a criminal operation was behind the attack and sold the data to an Eastern European government.

In its November SEC filing, Yahoo also admitted that it knew in 2014 attackers were on its network and at the time had stolen data from a half-billion accounts. Congress then demanded answers from CEO Marissa Mayer, calling the two years between the attack and disclosure “unacceptable.”

Shortly after the breach disclosure, a report in October said Yahoo received a court order demanding it conduct surveillance of its users by building a program that scanned Yahoo Mail accounts for a signature, or keywords, associated with terrorist organizations. The scanner was originally built to find child pornography in Yahoo Mail messages. The order to build the new scanner also came with a gag order, which Yahoo challenged and asked the Justice Department and Director of National Intelligence to declassify.