The U.S. House of Representatives approved a bill to reform the methods of monitoring the NSA, but it falls short in the attempt, experts say. 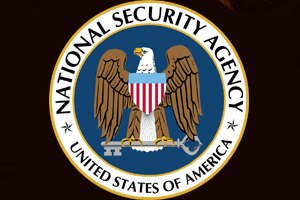 In Washington, the House voted 303 a 121 on Thursday morning for the U.S. FOIA, which includes a provision that, the authors of the project stop the massive collection of telephone metadata by U.S. Government.

The bill is Congress' response to President Barack Obama, who promised to reform the NSA after the scandalous revelations of espionage of U.S. intelligence agencies at local and international levels made by Edward Snowden in exconsultor 2013.

If approved by the Senate, NSA could not force more U.S. operators to continuously release all metadata (time, duration, dialed number) calls made on their networks.

Under the reform, FBI and NSA must obtain a single order issued by the secret court first dedicated tracks, Court of the Foreign Intelligence Surveillance (FISC), based on a suspicion “reasonable”, before requesting statements of a number, informa AFP.

The conditions for obtaining data other than voice are also made more stringent, but less. However, after closed-door talks between House leaders and the Government, have changed very little technical lines compared to the commission unanimously approved the version 8 May.

A key definition is “specific term selection”: in other words, the term that describes the purpose of surveillance. In the original version, this term must specifically identify “person, account or entity”. Now, the definition is not exhaustive and could theoretically, according to NGOs, designar not only to one person, but also a zip code or all clients that use the same 'router'.

“Nothing in this Act prevents the state held that wants information about emails from around the world, for example, en Salt Lake City”, dijo Harley Geiger, expert at the Center for Democracy and Technology.