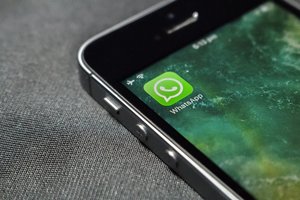 First of all, the scam is quite dumb to begin with because the only way to use WhatsApp without Wi-Fi is to have a cellular data connection and WhatsApp cannot offer data - it's just an app, not a provider.

Secondly, the scam is spreading because it prompts victims to forward the message to 13 friends or five groups on WhatsApp to activate the "free internet." "As usual, the message spreads via WhatsApp groups or comes from a friend who 'recommends' the service - often unaware of it. In this case, you receive a special invitation with a link," explains security firm ESET. "You can already get Internet Free Without WI-FI with Whatsapp, and it is by means of invitations, here I give you an invitation," reads the poorly written message.

Upon clicking on the included link, users are taken to a website mimicking the WhatsApp domain. It detects the device's language based on the browser settings and invites users to pass along the invitation to more people, ensuring that the scam keeps spreading. The message also shows fake reviews from fake users, claiming to be incredibly satisfied with this amazing offer. Those users don't even exist, much like this "free internet" invite-only deal. Don't fall for it, or you'll get more than you bargained for - and not in a good way.

After sharing the message with at least 13 people or five groups, users who have fallen victim to this sham end up on various sites where a number of malicious actions can wreak havoc. Such actions range from subscriptions to premium and expensive SMS services to installing third-party apps on the device, of course aiming to generate some money for the scammer on the victims' expense.

Victims will see various offers, but they obviously will not get any "free internet." The only way to use WhatsApp to communicate with people is to have an active internet connection, be it cellular data or Wi-Fi, and the scam does absolutely nothing to change this reality. At best, victims waste their time and end up disappointed that the magical chain message didn't work. At worst, they end up with malicious software on their phones.

How To Avoid Such Scams

First of all, keep in mind that any message that shows up out of the blue, poorly written and making seemingly attractive promises are most likely fake, part of a scam. Raising awareness regarding these scams plays a crucial role in limiting their damage and slowing their spread rate.

If you've received this "free internet" offer or some other dubious message that looks like a scam, warn the sender and your friends so that they're aware it's a scam. Moreover, reporting the fraud is also important and it's not that big of a hassle - just flag it in your browser as you'd normally report any phishing campaign. It should be mentioned that earlier found WhatsApp vulnerability allows snooping on encrypted messages.