The cost of hot selfie app Meitu? A healthy dose of your personal information

You’ve probably seen a Meitu selfie in your Instagram or Facebook feed in the past 24 hours. The app smoothes skin, slims down faces, and even applies a layer of virtual blush and lipgloss, adding a beautifying effect to your photos. 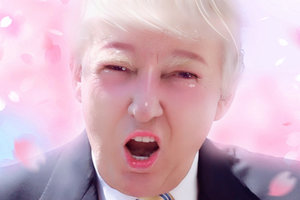 And although the app has been popular in China for years — Meitu went public in Hong Kong last month — it only recently caught on with American users.

But security experts quickly pointed out that Meitu, which is free to download in Google Play and the App Store, requires way more data from users’ phones than is necessary for a simple photo app and contains some allegedly sketchy code. To be fair, Meitu isn’t the only app that allows users to download it for free in exchange for their data. But privacy-conscious users might want to think twice about the data they let apps collect. It’s normal for a photo app to require permission to access a phone’s camera and camera roll, so that it can take pictures or edit ones already on the device.

But, as information security researcher Greg Linares notes, the Android version of Meitu wants a lot more than that: the app can access information about what other apps users are running, their precise locations, their unique device identifier numbers (IMSIs), call information, carrier information and wifi connections.

The iOS version is similarly data-hungry, according to forensic expert Jonathan Zdziarski. Although Apple takes steps to block apps from capturing users’ IMSIs, Zdziarski points out that Meitu is grabbing information about your cell carrier and whether or not your iPhone is jailbroken. Zdziarski notes that some of Meitu’s code may violate App Store policies on data collection. Apple did not respond to a request for comment about Meitu.

Will Strafach, the president of Sudo Security Group, also analyzed Meitu’s iPhone app. “The iOS version is extremely tame with regards to analytics collection. It does obtain information which is ‘partially sensitive’ such as mobile carrier, but this is not uncommon within analytics packages. Many do this,” he says. Strafach runs Verify.ly, a service that lets users check the privacy protections of their favorite apps.

“People are not really aware how common this sort of thing is, I believe. Additionally, many are saying that the Android version is more invasive than the iOS version. I think it’s very good that a discussion has been started though, and I hope it will encourage infosec folks to crack open more apps and see what they do,” Strafach says.

The problem of abusing app permissions isn’t unique to Meitu — lots of free apps require users to hand over more data than necessary for the app’s core functions. The information could be sold to marketers, or otherwise repurposed to turn a profit. “It’s becoming the new normal,” Linares says of invasive free apps. “It’s because we’re at this point in society, people want to generate their likes and retweets. People download this app and put security in the backseat to make sure they have their social media presence.”

Although Meitu says it will only use customers’ data for identity protection, service upgrades, criminal investigations and customer feedback, Linares cautions that the data could be put to use for other purposes as well. The IMSI number that is sent to Meitu in the Android version of the app could be used to track users across the web, as they use other apps and browsers.

“We have noticed the reports and it’s such a nice problem to have with our App being noticed by the media, celebrities, and consumers,” a Meitu spokesperson told in an email. “I’d like to assure you that we work closely with Apple and Google on every product release and we follow privacy policies rigorously. I tend to think our engineers are smart enough and don’t have to use stolen codes.”

Meitu did not respond to questions about why it requires certain types of user data, and what it does with the information. Some researchers noted that Meitu may be required to collect IMSI numbers under Chinese law. “The real question is, would you willingly give that data to a company you don’t know? The answer is no, I wouldn’t have. If I had the choice to not give that data, I would have said no,” Linares says.