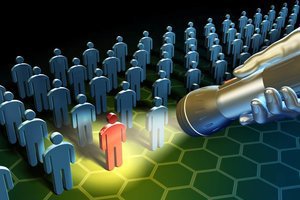 The two firms worked their way onto the private market place, and in some cases found staff to be collaborating with black hat hackers to infect their company networks with malware. Staff from an unnamed bank were helping hackers maintain a persistent presence on the bank's corporate network.

For reference, recent research by Equifax has shown that corporate email accounts are selling for an average of £350. Those looking to buy information are paying a subscription of up to one bitcoin a month for access to allegedly vetted insider information which is posted on threats in the website. As well as the infosec angle, forum members also allegedly trade forex trading information, stocks and commodities.

The site itself is run in-part by a seven person team, one of which is a person going by alias “the-h3x”, who describes its members as experts in “mathematics, economics, quantum, and entrepreneurship,” in an interview from May 2016.

The hacker claimed that the site has 15 investment firm members and 25 subscribers. Posts by these individuals are assigned confidence ratings, and advice is given about whether to buy or sell stocks is included. The report claims that the site is posting about five high confidence insider-trading reports a week.

The three researchers claim insider recruitment is "active and growing" with chatter across public and private forums about the subject doubling from 2015 to 2016. "The dark web has created a market for employees to easily monetise insider access," the researchers say. "The dark web serves as a vehicle insiders use to cash out on their services through insider trading and payment for stolen credit cards.” "Sophisticated threat actors use the dark web to find and engage insiders to help place malware behind an organisation's perimeter security [and] as a result, any insider with access to the internal network, regardless of technical capability or seniority, presents a risk."