There’s a certain type of technology writer who presents himself as a modern-day Paul Revere, breathlessly warning us about all the dangers of our rapidly digitizing world. 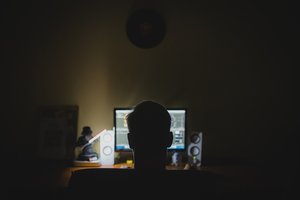 He taps into an of-the-moment, anxiety-inducing conundrum about the way the Internet is influencing contemporary life, whether it is making us dumber (“Is Google Making Us Stupid?,” Nicholas Carr, 2008), chipping away at our capacity for human intimacy (“Alone Together,” Sherry Turkle, 2011), or turning us into bloodthirsty mobs (“So You’ve Been Publicly Shamed,” Jon Ronson, 2015).

At best, books by such writers provoke thoughtful debates about the trade-offs we make for our Apple-­enhanced lives and sound the alarm on disingenuous business practices cloaked under the guise of Silicon Valley-­speak; at worst, they can come off like a bad “Dateline” report, skimming the surface of a larger phenomenon and preying on our fears about how our daily lives have been irrevocably changed by technology. Rather than challenge us to reconsider our habits, they are more likely to inspire a defeatist “everything is terrible, nothing matters” attitude.

“Future Crimes,” a new book from Marc Goodman, inadvertently falls into this second category, which is unfortunate, because its arrival couldn’t have come at a better time. Edward Snowden’s disclosures, which revealed extensive surveillance programs involving the American government and major technology companies, feel like a distant memory, even while it seems as if there’s a front-page headline almost every day about online security breaches and the rapid-fire introduction of new services that could be susceptible to such attacks. In other words, it’s time for another wake-up call.

Goodman’s book is a continuation of the ideas introduced his 2012 TED talk, which opens with the line, “I study the future of crime and terrorism, and frankly, I’m afraid,” and goes on to paint in very broad strokes the ways technology could be manipulated. Examples include terrorists who can use Google Earth and smartphones to coordinate attacks and futuristic drug cartels that could synthetically alter organisms to produce illegal narcotics.

The audiobook version expands Goodman’s 20-minute TED talk into 20 hours, and the chapter on hacked homes, which details perpetrators infiltrating laptop webcams and baby monitors to spy and harass, makes for gripping listening. (Goodman reads the prologue to the book and then hands the baton to the actor and seasoned audiobook narrator Robertson Dean, who marathons through the rest.) At other times, however, the audiobook of “Future Crimes” is much harder to follow. Dean is a capable reader, but the information being delivered is so dense that it becomes difficult to absorb. While I was listening, it occurred to me that this material might do better with an interactive, multimedia approach, something more immersive that demands your attention. In fact, I resorted to reading the 400-page physical book in tandem, to ensure that I was getting Goodman’s point.

Early on in “Future Crimes,” Goodman, who has worked in law enforcement and technology, states his case: “The cornucopia of technology that we are accepting into our lives, with little or no self-reflection or thoughtful examination, may very well come back and bite us.” He implores us to take responsibility for the world unspooling before us, which is an important and admirable cause. Many consumers who purchased items like connected-­home devices and keyless cars or applauded Amazon’s plans to employ delivery drones have not considered the most extreme scenarios that each leap forward could initiate.

Goodman writes that 600,000 Facebook accounts are compromised each day, a scary statistic. He describes how app stores are manipulated by scammers who sell fake versions of apps and can suck down sensitive personal information in the process. He points out the ways Facebook, Twitter and Google obfuscate how they make money from the erosion of your privacy, and how ineffective antivirus software can be, creating a false sense of security, which hackers can exploit. He is right to ask, What happens when our automated work forces are hacked? What happens to our homes? Our bodies?

But many of these questions aren’t actually answered or reported on. Goodman declines to explain or investigate the pushback by activists or any number of products developed to help combat surveillance culture, some of them funded via crowdsourcing sites like Kickstarter. He also doesn’t acknowledge that some of the most invasive new services on the market have failed to gain traction in any mainstream way, like Apple Pay and Google Glass. Instead, Goodman focuses on the theoretical ways our technology could turn against us, if we let it. For example, he talks about the introduction of “RFID tattoos” and pills that can make the human body an authentication token, as if those are soon to be available in every bodega on the corner. (Spoiler alert: They won’t be.)

At the same time, some of his examples are almost archaic. Goodman brings up the study that analyzed the Facebook profiles of college students and accurately guessed their sexual orientation most of the time, which was a genuinely unsettling moment in social media history. It also happened in 2009 — eons ago for many of Facebook’s current users. What’s changed since then? The way social networks are becoming public record is a topic of tremendous importance, and it could have been addressed by simply tracking down the study’s authors and including an interview with them. But Goodman prefers to trot out well-documented examples of privacy breaches than really explore the ways in which we are truly vulnerable.

He neglects to get into more urgent questions like: Are minority communities at higher risk from a culture of surveillance? How does the erosion of anonymity and privacy online affect those who are susceptible to targeting and harassment? What laws, if any, have been passed to help prevent the crimes he describes at length in this book? How have countries been grappling with legislation around “revenge porn,” or the sharing of explicit images without consent? While Goodman acknowledges the ­real-world threats of sexual extortion, he focuses mainly on more abstract threats to personal property, like cars and homes. At one point he compares the shame of cybersecurity violations to the rationale behind why rape survivors often don’t report the crimes to the police.

While Goodman intends to deliver a warning about the dangers and vulnerabilities of our techno-laden world, “Future Crimes” often sounds less like a manifesto and more like a Wikipedia entry about the recent history of cybercrimes, some real, many hypothetical. The cover line for the book reads, “Everything is connected, everyone is vulnerable and what we can do about it,” but the “what we can do about it” part doesn’t emerge until the appendix, nearly 20 hours into the audiobook, and consists of little more than what one might find on the how-to site Lifehacker: Using longer passwords is one of his top recommendations.

Most of Goodman’s admonishments feel insufficient, given how immersed we are in our iLives. Even if we wanted to revoke our dependencies on Google, Facebook, LinkedIn and Snapchat (all of which have dealt with security breaches), we’re too far gone to do it. Not to mention that many gainfully employed people are encouraged — and in some cases required — to have a presence on social media, and Web literacy and fluency is mandatory in many fields. We couldn’t quit if we wanted to, which is why the tone of the book, which ranges from chiding to foreboding, is more exhausting than radicalizing.

Carrying around a book called “Future Crimes” in New York City, I elicited many curious looks, and occasionally an outright inquiry about its subject. One woman spent the length of a subway ride telling me about a recent surge of phishing attempts on her personal computer. It’s clearly a topic people care about, which is why the book’s shortcomings are so disappointing.