U.S. prosecutors have charged a Lithuanian man with engaging in an email fraud scheme in which he bilked two U.S.-based companies out of more than $100 million by posing as an Asian hardware vendor. 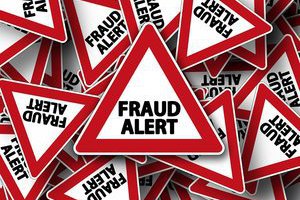 The alleged scheme is an example of a growing type of fraud called "business email compromise," in which fraudsters ask for money using emails targeted at companies that work with foreign suppliers or regularly make wire transfers. The Federal Bureau of Investigation said last June that since October 2013, U.S. and foreign victims have made 22,143 complaints about business email compromise scams involving requests for almost $3.1 billion in transfers.

In an indictment unsealed Tuesday, prosecutors said that to carry out his scheme, which they said began around 2013 or earlier, Rimasauskas registered a company in Latvia with the same name as an Asian computer hardware manufacturer.

After they wired money to Rimasauskas's Latvian company, Rimasauskas quickly transferred the funds to different accounts around the world, including in Latvia, Cyprus, Slovakia, Lithuania, Hungary and Hong Kong, prosecutors said. In order to conceal his fraud from banks that handled the transfers, Rimasauskas forged invoices, contracts and letters purportedly signed by executives at the two victim companies, according to prosecutors.

Rimasauskas is charged with wire fraud and money laundering, which each carry a maximum prison sentence of 20 years, and identify theft, which carries a mandatory minimum sentence of two years.