Twitter: 70% of requests for personal data come from the U.S.

U.S. authorities are more likely to ask for personal information of a user's microblogging service Twitter. This is stated in the report of the company. 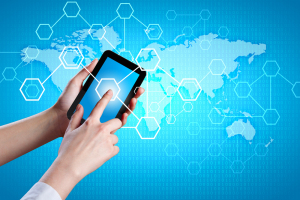 Over the past six months, the U.S. government sent 902 to the company requesting a statement. Twitter just received 1176 requests. Thus, in the United States accounts for more than 70% of all claims, the report said.

In second place at the request of information is Japan (87 requests), and the third - the United Kingdom (26 requests). A large number of requests from Turkey or Brazil have been reported to the company.

In this case, Twitter is rarely receives requests to remove a certain message. In just six months, the company received 21 such a request, of which only two were initiated by the U.S. authorities.

More problems in social networks emerged with private praoobladatelyami. For the first six months of 2013 the owners of the various rights applied to the Twitter c Statements 5753 times.

In 63% of cases the company admitted the correctness of the applicants and meet a particular material. However, management does not give a breakdown of Twitter information by country.

The problem of access to the data of users of social networks has received an additional resonance in the discussion of the history of Edward Snowden.

Former CIA Snowden gave the English newspaper The Guardian documents that provide evidence of electronic espionage in the United States. According to Snowden, U.S. intelligence agencies have read an e-mail of interest to people and their messages intercepted mobile phones.

This large companies have been involved communication and electronic market giants, who provided all the necessary information security services. However, the micro-blogging service Twitter in documents Snowden did not appear: it was about such online giants like Google, Facebook and Microsoft.

This provoked the interest of journalists to report regularly on the openness of Twitter, which was published in a company blog.