WikiLeaks’ latest batch of documents, named ‘Marble’, details CIA hacking tactics and how they can hamper forensic investigators from attributing viruses, trojans and hacking attacks to the spy agency. 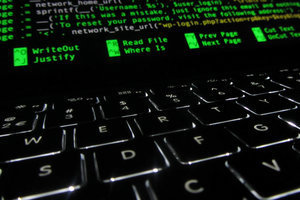 The tool was in use as recently as 2016. The third release, which contains 676 source code files for the agency’s secret anti-forensics framework, is part of the CIA’s Core Library of malware, according to a statement from WikiLeaks.

WikiLeaks said Marble hides fragments of texts that would allow for the author of the malware to be identified, meaning the agency allows another party to be blamed for the hack. A Marble framework document reveals it supports the ability to “add foreign languages” to malware. “Now comes the fun stuff,” it reads, listing Chinese, Russian, Korean, Arabic and Farsi in example code, indicating the potential for the CIA to divert attention to international actors.

It’s “designed to allow for flexible and easy-to-use obfuscation" as "string obfuscation algorithms” often link malware to a specific developer, according to the whistleblowing site.

This would permit a forensic attribution double game, for example by pretending that the spoken language of the malware creator was not American English, but Chinese, but then showing attempts to conceal the use of Chinese, drawing forensic investigators even more strongly to the wrong conclusion,” WikiLeaks explains, “But there are other possibilities, such as hiding fake error messages.”

The code also contains a ‘deobfuscator’ which allows the CIA text obfuscation to be reversed. “Combined with the revealed obfuscation techniques, a pattern or signature emerges which can assist forensic investigators attribute previous hacking attacks and viruses to the CIA.”

Previous Vault7 releases have referred to the CIA’s ability to mask its hacking fingerprints. WikiLeaks claims the latest release will allow for thousands of viruses and hacking attacks to be attributed to the CIA. The latest release seems authentic because WikiLeaks used “primary source documents,” John Kiriakou, former CIA analyst and whistleblower, told.

“These appear to be original CIA documents and I think the information is probably very good,” Kiriakou said. “That points directly to the CIA offensive capabilities. It is something that we all are going to have to think about when we hear about the new virus being spread, or a new hacking operation. We are going to have to wonder now if it is the CIA or if it is an outside organization.”

“I think many Americans have become inured of information from WikiLeaks,” he added, lamenting that the information is unlikely to “make the front pages of the papers,” but “will be buried somewhere in the back.” “Americans don’t want to believe the CIA is capable of this kind of thing. Most Americans don’t remember the bad old days of the 1950s and the first half of the 1970s when the CIA was spying on American citizens. It was conducting surveillance, it was conducting experiments on citizens. People have forgotten that. I think Americans are far, far too quick to give the CIA the benefit of the doubt.”