The Internal Revenue Service paid Flashpoint $65,000. The taxman is on the dark web. 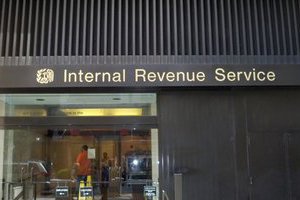 Or, more accurately, the Internal Revenue Service has paid contractors to scour the dark web on the agency's behalf.

According to public records and a document obtained via the Freedom of Information Act, the IRS paid $65,000 for services from Flashpoint, a company focused on extracting intelligence from hard-to-reach areas of the internet inhabited by cybercriminals. Although the contract isn't much to look at, it does highlight that an increasing number of agencies are paying so-called threat intelligence firms in exchange for information, and Flashpoint in particular. Immigration and Customs Enforcement has paid $150,000 for Flashpoint's products. Public records also show that Citizenship and Immigration Services and the Secret Service have been customers.

Specifically, the IRS paid for access to Flashpoint's platform and API, according to the contract. "Flashpoint's offerings empower analysts with safe access to Deep & Dark Web communities where valuable intelligence can be gleaned. We provide a RESTful API alongside a multi-faceted web platform to cater to your most efficient research workflow," Flashpoint's website reads. The IRS' contract with Flashpoint will last until August.

The IRS has been involved in a number of dark web investigations. Last month a man was sentenced after advertising money laundering services on a Tor hidden service, and earlier this year a man pleaded guilty to conspiring to sell heroin on dark web marketplace AlphaBay. In 2015, the Internal Revenue Service said that hackers might have stolen IRS data on more than 300,000 households.