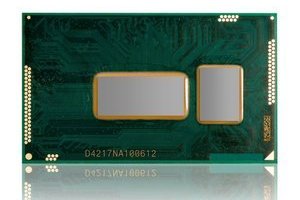 Remote management features that have shipped with Intel processors since 2010 contain a critical flaw that gives attackers full control over the computers that run on vulnerable networks, according to advisories published by Intel and the researcher credited with discovering the critical flaw.

Intel has released a patch for the vulnerability, which resides in the chipmaker's Active Management Technology, Intel Small Business Technology, and Intel Standard Manageability. Business customers who buy computers running vPro processors use those services to remotely administer large fleets of computers. The bug doesn't affect chips running on consumer PCs. The chipmaker has rated the vulnerability critical and is recommending vulnerable customers install a firmware patch. In the company's Monday post, Intel officials wrote:

The flaw affects Intel manageability firmware versions 6.x, 7.x, 8.x 9.x, 10.x, 11.0, 11.5, and 11.6 for Intel's Active Management Technology, Small Business Technology, and Standard Manageability platforms. Versions before 6 or after 11.6 are not impacted. Security experts spent much of Monday assessing the real-world threat posed by the bug. A post published earlier in the day claimed "every Intel platform from Nehalem to Kaby Lake [had] a remotely exploitable security hole" that had gone unfixed for years. Researchers who parsed Intel's advisory, however, said the flaw could likely be exploited over the Internet only when Intel's AMT service was enabled and provisioned inside a network.

Other researchers said the bar for unprivileged network attackers to succeed was probably lower because Windows-based software known as Local Manageability Service exposes the vulnerable AMT service through the operating system's IP address as well. "This issue is remotely exploitable through the host operating system's IP address if the LMS service is running," HD Moore, who is vice president of research and development at Atredis Partners, told.

"Servers with TCP ports 16992 or 16993 exposed and AMT activated would be exploitable through either the AMT's independent IP address, or in the case of LMS being enabled, the host operating systems' IP address. An attacker with access to the ports and knowledge of the vulnerability could obtain the equivalent of authenticated access to the AMT web interface, which in turn can lead to arbitrary code execution on the operating system."

Moore said a query using the Shodan computer search engine detected fewer than 7,000 servers showing they had ports 16992 or 16993 open. Having those ports open is a requirement for the remote attack. That number of servers still represents a potentially substantial threat because tens of thousands of computers could be connected to some of those hosts. Enterprises that have LMS and AMT enabled in their networks should make installing the patch a priority. Those organizations that can't immediately install updates should follow these workaround instructions.

Unprivileged network access attacks can also be carried out when TCP port 623 is open on a machine. At the moment, Shodan wasn't showing any data for that port. The above-linked blog post from Embedi, the security firm credited with discovering the vulnerability, said: "There is also a chance of attacks performed on Intel systems without Intel AMT support."

The flaws in the Intel Management Engine—the technology that encompasses Active Management Technology, Intel Small Business Technology, and Intel Standard Manageability—makes it possible for attackers to log into a vulnerable machine's hardware and surreptitiously exercise the same control enjoyed by administrators, including installing new programs.

The access isn't logged by the PC because AMT has direct access to the computer's network hardware. When AMT is enabled, all network packets are redirected to the PC's ME and from there to the AM. The packets bypass the OS completely. The vulnerable management features were made available in some but not all Intel chipsets starting in 2010, Embedi said.

As indicated in Intel's advisory, a second, less serious threat is a local privilege escalation once an attacker already has low-privilege access. While not as severe as the first scenario, this threat could still make it much easier for an attacker to take control of targeted computers inside a network. Vulnerable organizations should patch as soon as practical. Developer Matthew Garrett has more information about the vulnerability here.