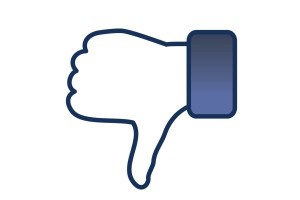 The class-action suit takes aim at the social network’s alleged practice of scanning users’ private messages in order to profit from their data. For instance, the suit complains, if you send a private message to a Facebook friend that includes a link to another website—say, this article on Slate—Facebook takes notice. Ars Technica’s Casey Johnston explains:

The plaintiffs describe how Facebook effectively “clicks” on links within Facebook messages, an activity that it doesn’t explicitly disclose to users. The lawsuit claims Facebook crawls the linked page to see if it contains one of Facebook’s “Like” buttons.

If so, Facebook registers that private-message link as a “Like” on the relevant site’s Facebook page—a strange example of turning a private communication public. The lawsuit also claims that Facebook “uses a combination of software and human screening to comb through private messages” to mine for user data for broader uses, including selling to third parties.

This allegation is not entirely new. Facebook seemed to confirm last year that it counts links shared in private messages as likes on public websites.

The problem, the suit argues, is that Facebook goes out of its way to advertise these messages to users as “private,” encouraging them to share things more freely than they would in a status update. “Instead,” the suit charges, “Facebook mines any and all transmissions across its network, including those it labels ‘private,’ in order to gain any and all morsels of information it can about its users.”

As Marketing Land’s Greg Sterling points out, Google has faced similar charges over its longstanding practice of scanning Gmail users’ emails in order to show them targeted advertisements.

The Facebook suit claims that, in essence, Facebook is “intercepting” and “reading” your private messages, a violation of the federal Electronic Communications Privacy Act. Facebook is likely to argue that there’s a difference between having its computers scan your messages automatically for certain types of content and actually reading them. It will be interesting to see whether the court agrees—and, just as importantly, whether Facebook’s users agree.

My guess is that people are more comfortable having their messages scanned by computers than read by humans—but that, on the whole, they’d prefer not to have the contents of their personal communications analyzed by third parties at all. Then again, in an era when big tech companies and government spies alike are mining all the data they can get their hands on, we may not have much of a choice.