Brace yourselves for a possible 'second wave' of massive global cyber attack, as SMB (Server Message Block) was not the only network protocol whose zero-day exploits created by NSA were exposed in the Shadow Brokers dump last month. 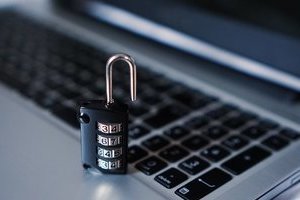 Although Microsoft released patches for SMB flaws for supported versions in March and unsupported versions immediately after the outbreak of the WannaCry ransomware, the company ignored to patch other three NSA hacking tools, dubbed "EnglishmanDentist," "EsteemAudit," and "ExplodingCan."

It has been almost two weeks since WannaCry ransomware began to spread, which infected nearly 300,000 computers in more than 150 countries within just 72 hours, though now it has been slowed down. For those unaware, WannaCry exploited a Windows zero-day SMB bug that allowed remote hackers to hijack PCs running on unpatched Windows OS and then spread itself to other unpatched systems using its wormable capability.

EsteemAudit is another dangerous NSA-developed Windows hacking tool leaked by the Shadow Brokers that targets RDP service (port 3389) on Microsoft Windows Server 2003 / Windows XP machines. Since Microsoft no longer support Windows Server 2003 and Windows XP and unlike EternalBlue the company has not released any emergency patch for EsteemAudit exploit so far, over 24,000 vulnerable systems remains still exposed on the Internet for anyone to hack.

"Even one infected machine opens your enterprise to greater exploitation," say Omri Misgav and Tal Liberman, security researchers at Ensilo cyber security firm who came up with the AtomBombing attack last year and now has released an unofficial patch for EsteemAudit.

EsteemAudit can also be used as a wormable malware, similar to the WannaCry ransomware, which allows hackers to propagate in the enterprise networks, leaving thousands of systems vulnerable to ransomware, espionage and other malicious attacks. Ransomware authors, such as criminals behind CrySiS, Dharma, and SamSam, who are already infecting computers via RDP protocol using brute force attacks, can leverage EsteemAudit anytime for widespread and damaging attacks like WannaCry.

How to Secure Your Computers? 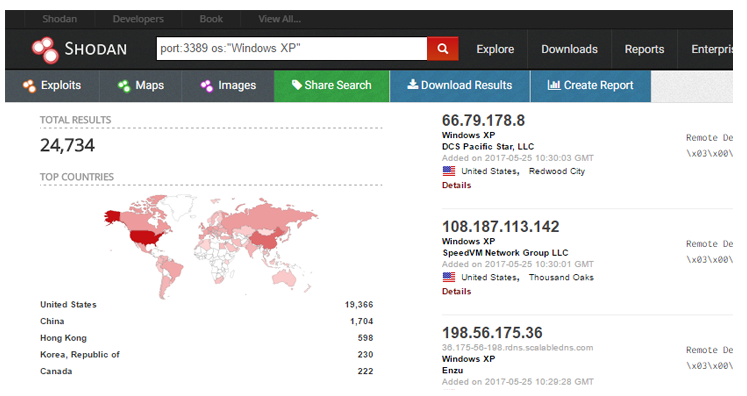 Due to the havoc caused by WannaCry, SMB service gained all the attention, neglecting RDP.

Since Microsoft has not released any patch for this vulnerability, users and enterprises are advised to upgrade their systems to the higher versions to secure themselves from EsteenAudit attacks.

"Of the three remaining exploits, “EnglishmanDentist,” “EsteemAudit,” and “ExplodingCan,” none reproduces on supported platforms, which means that customers running Windows 7 and more recent versions of Windows or Exchange 2010 and newer versions of Exchange are not at risk," Microsoft says.

If it's hard for your enterprise to upgrade their systems immediately, it's good for them to secure their RDP port by either disabling it or putting it behind the firewall. Meanwhile, enSilo has released a patch to help Windows XP and Server 2003 users secure their machines against EsteemAudit. You can apply the patch to secure your systems, but keep in mind, that it is not an official patch from Microsoft. If you have any doubt on the patch, enSilo is a reputed cyber security company, though I expect Microsoft to release an official patch before any outcry like that of WannaCry.