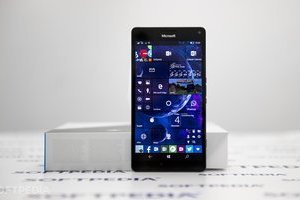 Windows 10 build 16212 was never supposed to go public, but due to an error it was published for insiders in the Fast, Slow, and Release Preview rings, with some reports claiming that even a number of users who weren't participating in the Windows Insider program got it.

There is no confirmation in this regard, but if you do receive it, just don't install the new build on your PC. Dona Sarkar, the head of the Windows Insider program, explained in a series of tweets that this build indeed pushes phones into a boot loop, which means that it will be impossible to use the phone after installing it.

"Resetting phones, the only way to go "

The only way to recover a phone that has already installed Windows 10 build 16212 is to reset it with the Windows Device Recovery Tool, which obviously means that you're going to lose all your files and start from scratch with the operating system.

Microsoft has already stopped the build from being shipped to Windows 10 devices, but in case your PC or phone has already downloaded it, make sure you don't install the build. In the case of phones that are pending a reboot to complete installation, a reset is the only way to go, but in this case, a backup from Settings > Update & security > Backup is at least possible.

After resetting, you might need to rejoin the Windows Insider program, so check your settings to be sure that you're on the correct ring. Before blaming Microsoft for pushing buggy builds, keep in mind that the Windows Insider program is a testing effort that involves shipping early builds of Windows 10 and which are not supposed to be installed on production devices. Only advanced users are targeted by this program, and backing up systems is a thing that everyone should do before installing new builds.